Descriptions and Explanations. Any Explanation of phenomena depends on Descriptions of underlying phenomena. Thus, for example, we explain chemistry in terms of atoms, and we explain atoms in terms of quantum physics. However, we have no satisfactory description of the phenomena underlying quantum physics yet. These musings experiment with descriptions of possible spacetime geometries underlying quanta and quantum fields. Any such description should explain the existence and behaviour of known particles and fields and if possible, make novel predictions. 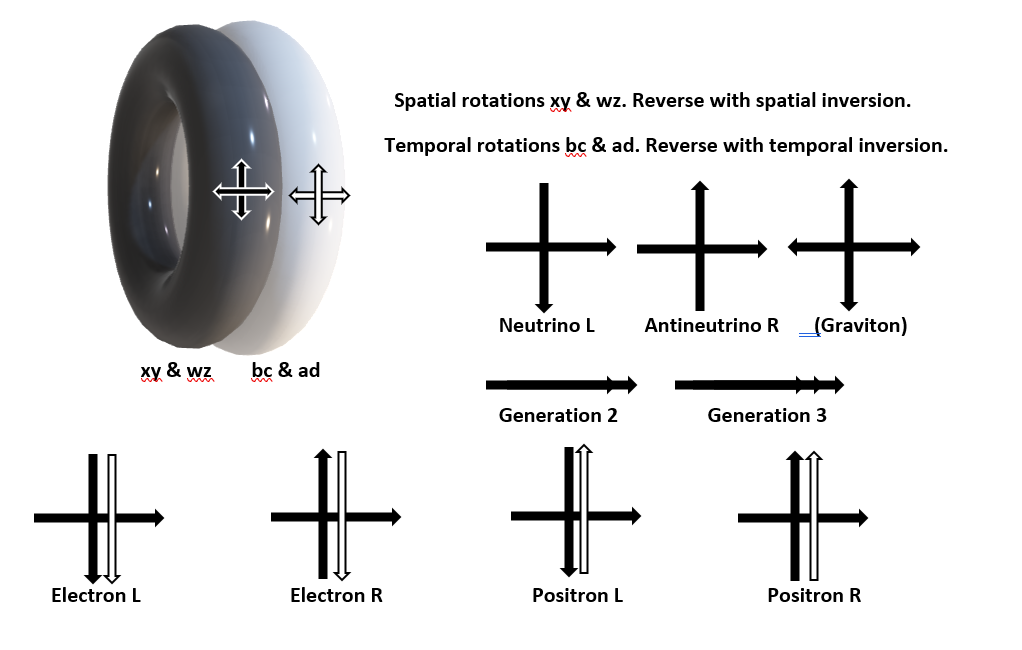 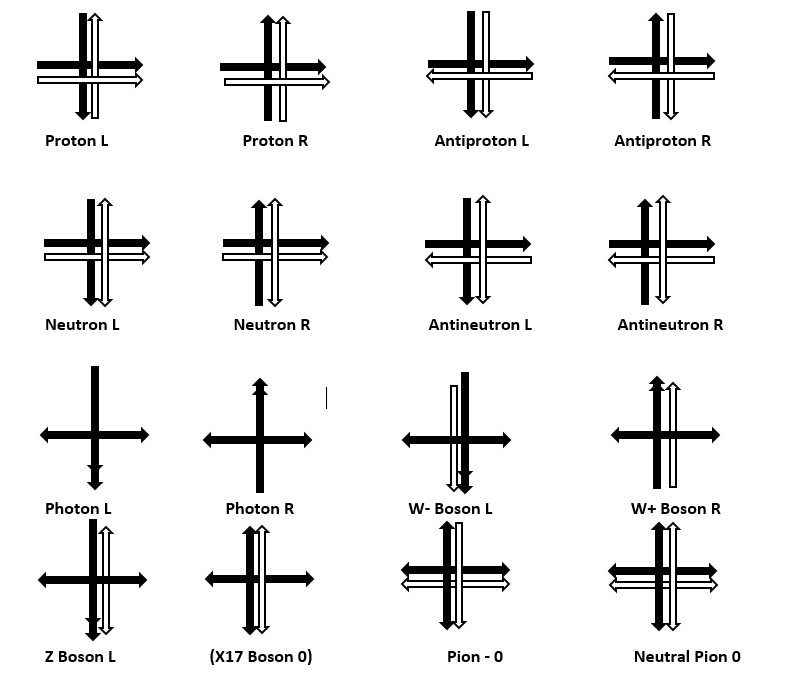 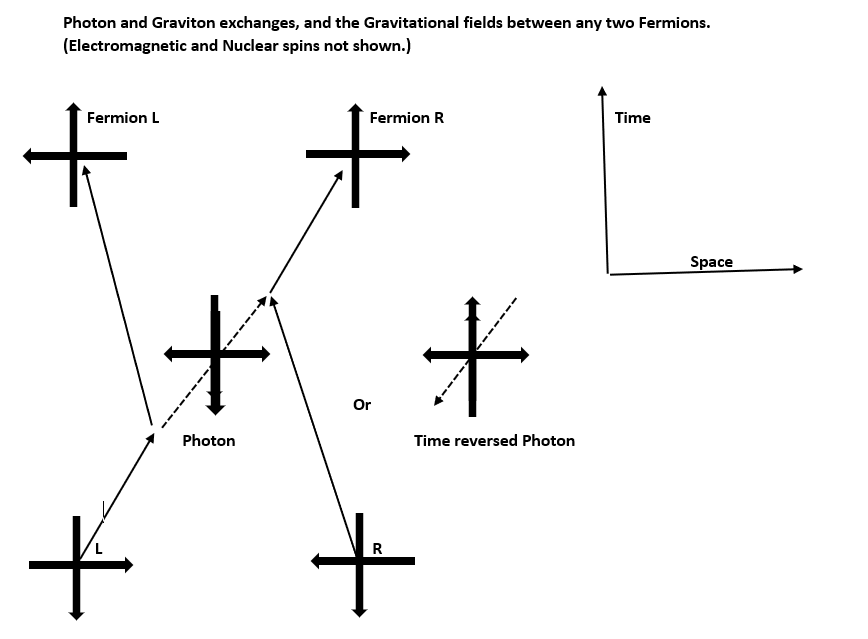 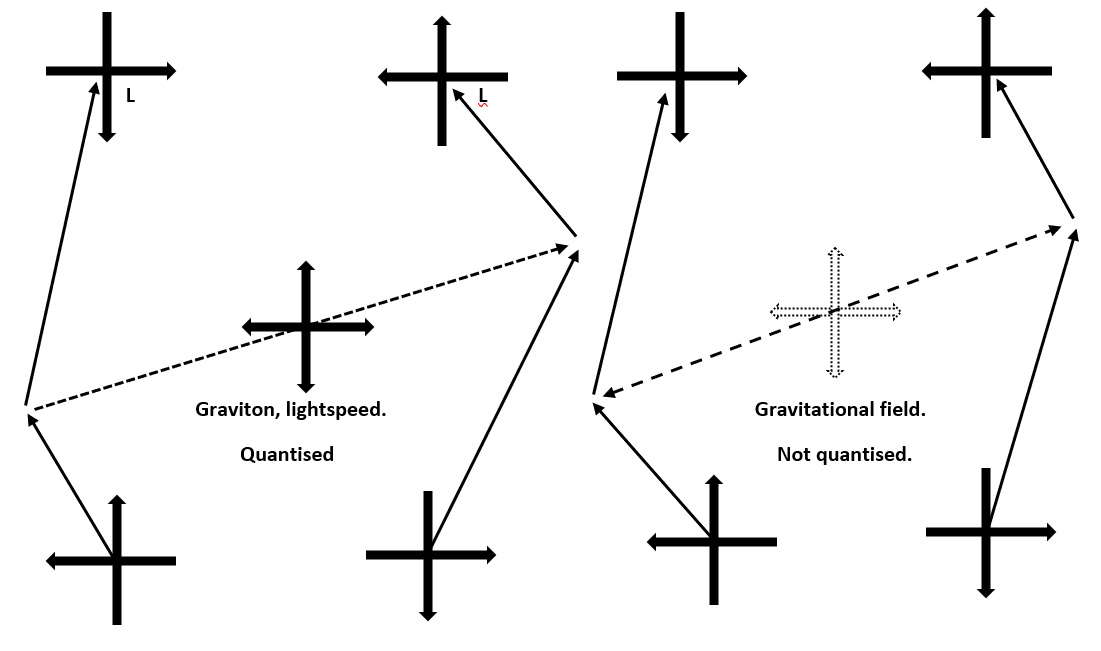 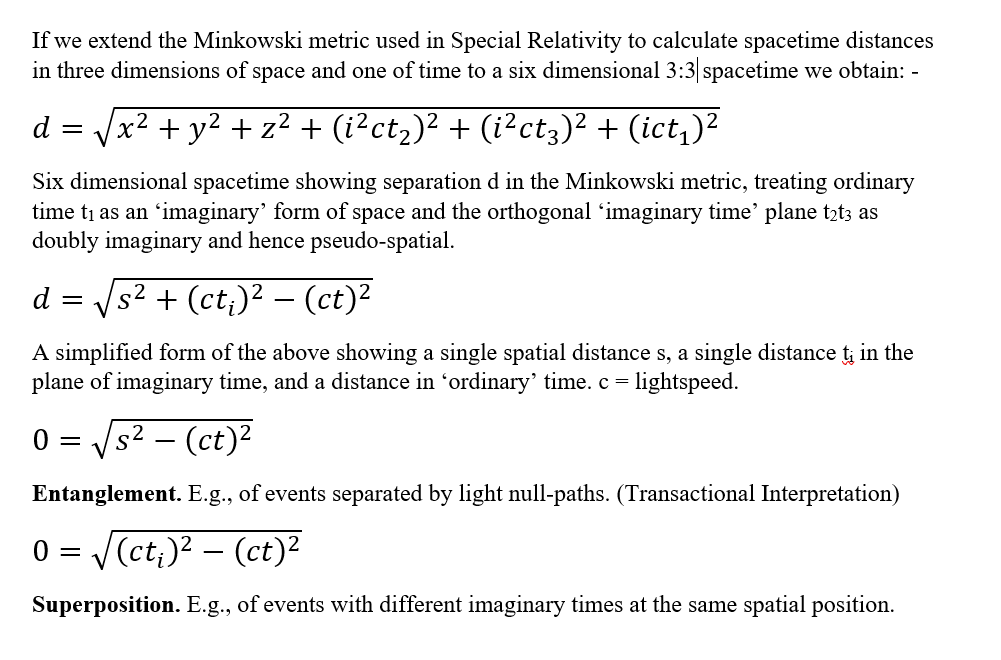 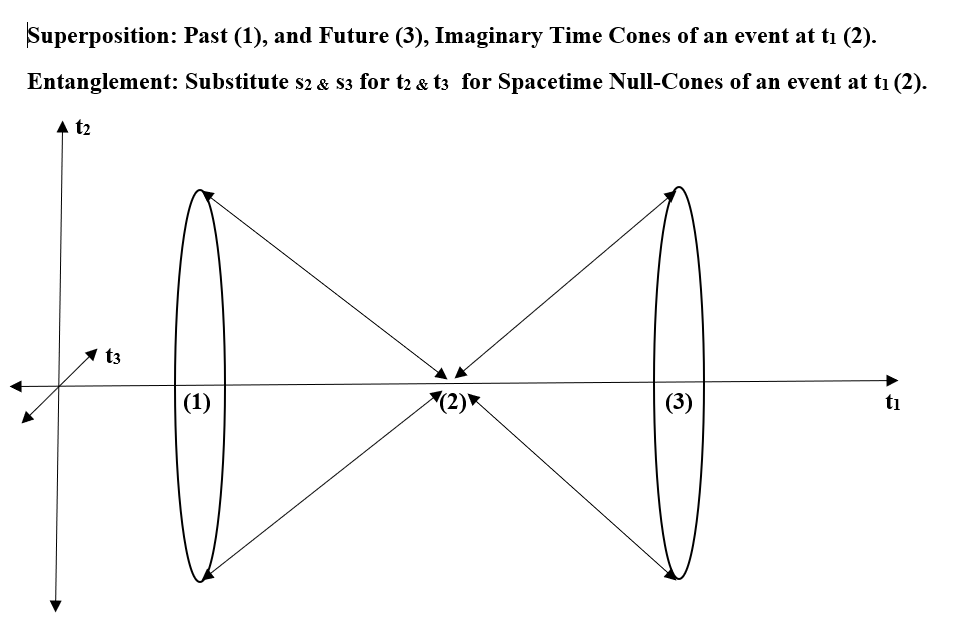 All particles extend fields right around the hypersphere of the universe, these converge at antiparticles at their antipodes. This explains the apparent lack of antimatter in the universe.

Every particle depends for its properties on the whole of the rest of the universe.

The Ubiquity Constant and the quantisation scale depend somehow on the macrostructure of the universe.

Quantised ‘kinks’ in space can only move at lightspeed, or less if they embody the temporal electric or nuclear spins which confer mass.

Volume = 2pi2r3 for both a hypersphere and a (Clifford?) horn torus.

Does the local field geometry change from a vorticitating 3-Hypersphere to two rotating 3-Tori upon particle-antiparticle pair production and thus confer particle directionality?

If so, all manner of psi effects and morphic field effects become possible and the universe will exhibit Stochastic Holism.

Herewith a selection of some of the main papers on 3D Time and SO(3,3) spacetime.

Herewith a fascinating piece of speculation from Gerard 't Hooft