The Esotericon & Portals of Chaos 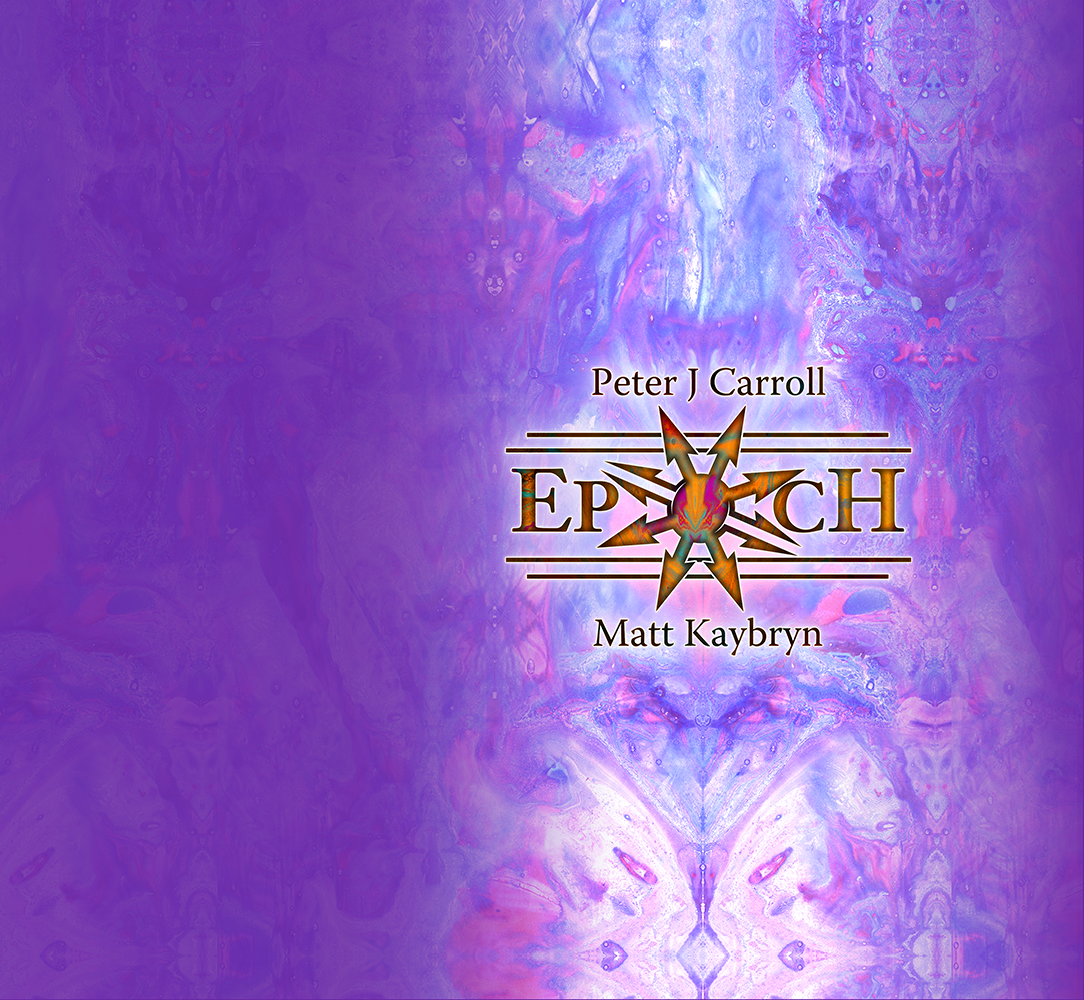 By Peter Carroll and Matt Kaybryn

The Book: This fully illustrated and illuminated hardback opens with a detailed historical resume of magical and esoteric thought (where it came from and where it may go) before presenting the reader with three complete grimoires.

" This really is a pantheon for the present day: up-to-date technowizard
artwork, a commentary which soars over millennia of tradition, picking out
what is useful and relevant at the present, and icons which sum up what
deities from the whole span of Western and not-so-Western culture have
cumulatively come to mean. This is a book to which goddesses and gods,
historically so sensitive about their images, should be happy to belong." 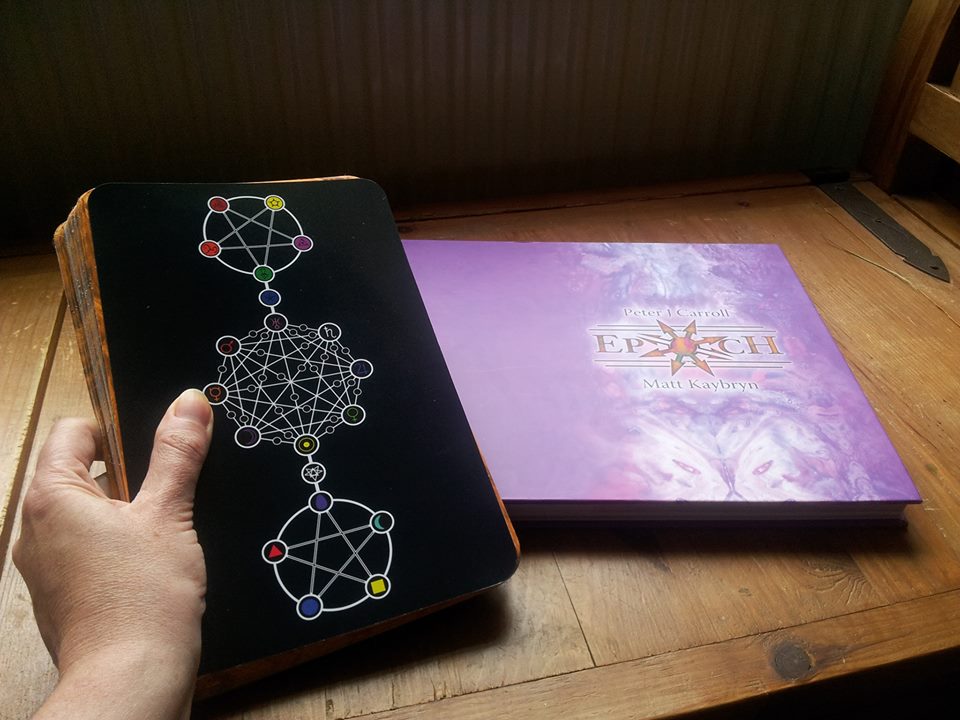 " Not content to release a new grimoire, the Chancellor of Arcanorium College has produced three. Oh, also, one of them is a Necronomicon.

Elemental, Planetary, and Lovecraftian grimoires are joined by an accompanying tome of digitally and painstakingly rendered icons. The  Portals of Chaos, and its Chaobala systemisation, marks a particularly cohesive collection of Carroll's work. But it also contains much exciting new material. Exploration of bi-planetary sorcery - a central component of Renaissance magic somewhat absent in modern occult discourse - is a particularly important feature.

Epoch is a useful resource both for those just starting out and for experienced magicians.There is something here to excite and challenge
occultists of many different dispositions and practices. "    Alexander Cummins - Author of 'The Starry Rubric'

"The enormous scope of the theory expounded within, coupled with the extraordinary pictures (which are better than anything of this ilk since Freida got down with her paintbrushes), provoke many thoughts as well as providing a neat summary of some complex ideas. Simultaneously a history and a prediction, it casts a spell covering spacetime and beyond, allowing your magick to have results." Nikki Wyrd -Author of 'The Book of Baphomet'

Pulled together, it is a fantastic cohesion of ideas in need of cohering, doubly so because the cohesion makes no claims to antiquity and doesn’t have to fit with either Neoplatonic emanations or Sanskrit body centres. Getting your head around the Chaobala is getting your head around a substantially updated magical cosmology. If that kind of thing is your jam, this kind of book is your toast. Gordon White - Runesoup

Without a doubt the Epoch will have great influence on the chaos magick paradigm and modern magick in general for years to come. I think every magician, even if they have their own correspondences, should examine the Chaobola system for its elegance and breadth. James Wilber - Scroll of Thoth

The Epoch - Do the gods seem unreal? from TheEpoch on Vimeo.

More in this category: The Octavo »
back to top

“The most original, and probably the most important, writer on Magick since Aleister Crowley."
Robert Anton Wilson, author of the Cosmic Trigger trilogy.

Peter Carroll began his career in Magic at London University where the Chemistry proved so tedious that he settled on a pass degree in that and an unauthorized first in Magic, with Liber Null & Psychonaut emerging as his postgraduate thesis over the next several years whilst teaching high school science.

He then set off around the world wandering in the Himalayas, building boats in India and Australia and seeking out unusual people.

Then after a stay in Yorkshire, he headed back to the Himalayas for a while again before returning to settle in the west of England to found a family and a magical order. Appalled by the compromises made by so many magi to make a living out of their writing or teaching, Carroll decided to make his fortune with a natural products business so that he could write and teach only what had value and interest for him.

He maintains a personal website at specularium.org and acts as Chancellor to Arcanorium College arcanoriumcollege.com.