Chaos Magic in a Nutshell

In Chaos Magic we treat Belief as a Tool of Magic, rather than as an end in itself.

Hassan I Sabbah: -‘Nothing is True. Everything is Permitted.’ -  (Attributed to the Old Man of the Mountains.)

Chaos Magic: -Nothing has Ultimate Truth. Anything Remains Possible. NUTARP! - (We prefer the precision of V–Prime language and thought. After all, nothing really ‘is’ anything else.)

Of course in a probability based universe such as this, some things remain more possible than others. Fortunately we can precisely calculate how much probability distortion a given act of magic will produce using the following equations of magic: -

The equations of magic give rise to three dimensional graphs, the first of which, traditionally known as The Tripod of Stokastikos, shows that even an event with zero probability of natural occurrence can occur under the influence of sufficient magic. 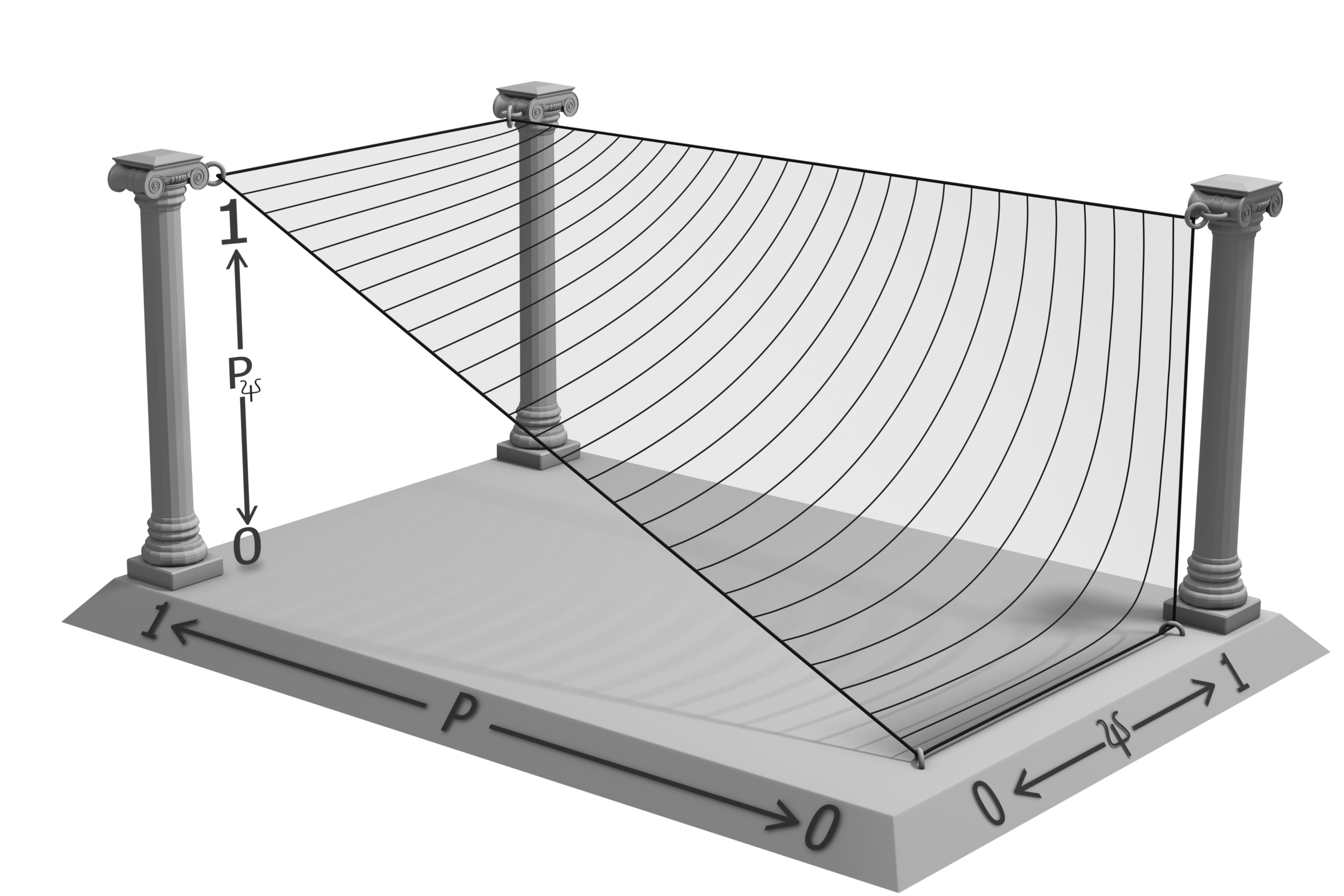 Unfortunately the ‘ingredients’ of Ψ do not equate to easily measurable phenomena: -

For an extended commentary upon these equations and their uses see Liber Kaos and particularly The Octavo. Note that in all these equations of magic all factors can have a value from 0 to 1.

To achieve maximisation of all these factors the magician may in practise need wands, robes, visualisations, symbolic systems, siglis, barbaric languages, rituals, and other means of egress from normal states of mind, even though in theory a supreme exponent of magic could achieve it all whilst sitting quietly in a chair, rather like a mathematician working without pencil or paper, wastepaper basket, blackboard, geometry instruments, books of reference, or a computer.

In a technique somewhat analogous to a mathematician using the vast store of axioms, theorems and conjectures developed by other mathematicians and suggested by nature, magicians evoke and invoke various real and imaginary entities, archetypes, and egregores on the basis of the experimental belief that the universe probably contains something somewhere that knows how to do anything, or to confer any knowledge or ability the magician might require.

Just what that something might consist of remains a subject of ongoing debate and metaphysical taste. In some cultures magicians have appealed to the ancestors or the dead, or to the spirits of totemic animals or natural phenomena. In others they have invoked entities from the pantheons of pagan gods or the saints and lesser spirits of monotheistic religions.

Some contemporary magicians prefer to experiment with the belief that their own subconscious either contains astonishing knowledge and power and/or that it can somehow tap into such things using some sort of quantum non local psychic network. This can include sources of alien extra-terrestrial intelligence as well.

Either way, such ‘Spirit Guides’ seem best interfaced with by personifying them as animate entities, as our neurophysiology has largely evolved for just such forms of interaction.

Work with entities requires considerable skill and discrimination. As with people, some talk rubbish, behave unreliably, and have only menial abilities, whilst others display towering genius, have extraordinary abilities, and seem worth cultivating as lifelong friends and allies.

When evaluating work with entities the magician always needs to ask, ‘Do I get out at least as much or more than I put into this relationship, do my evoked servitors actually distort probability in the required direction, do my invoked gods and goddesses, daemons and demons actually inspire me to accomplish more than I could by ordinary means?’

Whilst the supreme exponent of magic could in principle invoke or evoke anything by pure will and imagination alone, many of us seem to end up with a temple full of such tools as circles and triangles, tomes of mythology, servitor ground-sleeves, and images and sculptures of ancient, syncretic, and synthetic god-forms and demon fetishes.

For an extensive Grimoire of entities suitable for Invocation and Evocation see  https://www.specularium.org/peter-j-carroll/the-epoch

All esoteric phenomena from gods to demons to spirits and spells consist of relationships between self and reality. There, I have given you the final secret of the Illuminati for free.