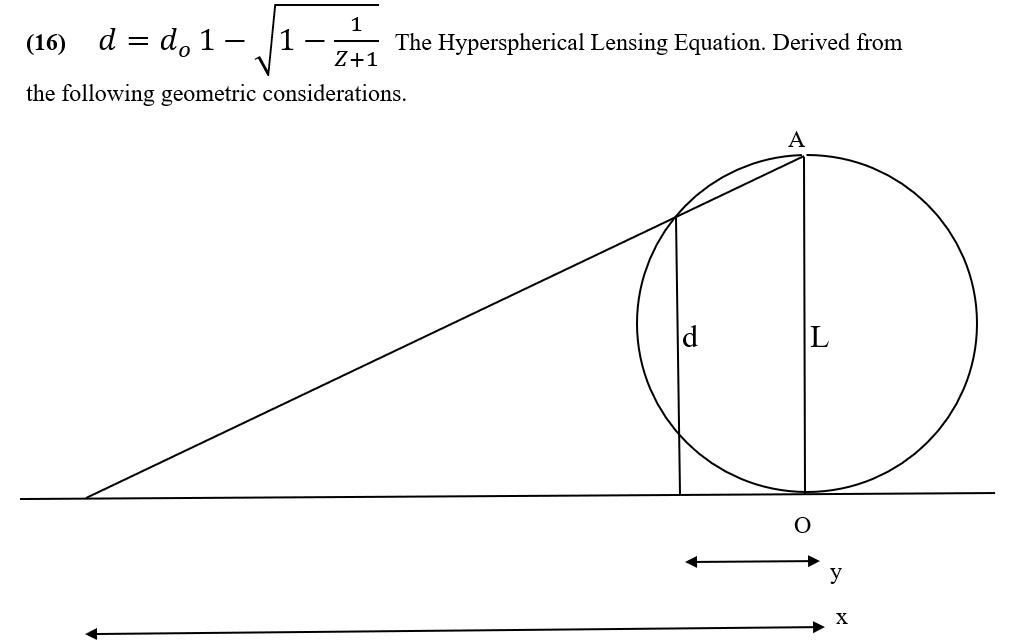 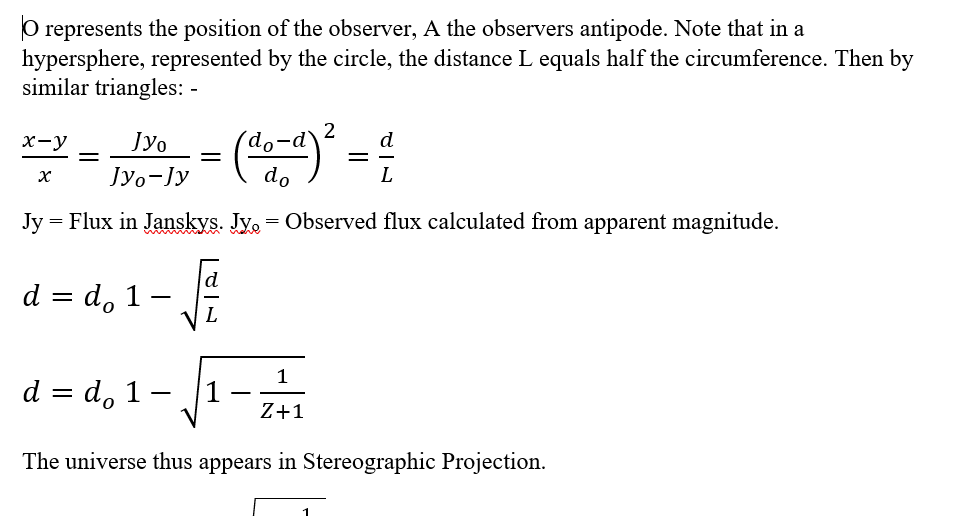 A stereographic projection can show the effect of projecting an n-sphere into an n-dimensional space.

For the purposes of Hypersphere Cosmology, we require a projection of a 3-sphere into three-dimensional space as observers will measure light as having travelled to them in ‘straight’ lines.

The diagram shown projects a 1-sphere (a circle) into a 1-space (a line), but this will suffice as we only need to know the distortion of distance.

Now a Glome-type hypersphere has the property that its circumference equals twice its antipode length L, so the distance d equals the distance around the circumference from the observer at the origin O at which we seek to determine the projection.

By expressing distance d over antipode length L and converting to redshift Z using the Redshift-Distance Equation we can relate the distance distortion from apparent to actual distance caused by lensing directly to redshift.

This shows that the universe does not undergo an accelerating expansion and does not need Dark Energy. It also allows a precise determination of the antipode length of the universe by Equation 17.