The alternative mechanism for redshift works as follows:

To put it in simple terms, redshift does not arise from a huge and inexplicable expansion of the underlying spacetime increasing the wavelength; it arises from the resistance of the small positive gravitational curvature of hyperspherical spacetime to the passage of light decreasing its frequency.

Thus the ‘Hubble Constant’ has a value of precisely zero kilometres per second per magaparsec, but the ‘Hubble Time’ does give a reasonably accurate indication of the temporal horizon and hence the spatial horizon/antipode distance of the hypersphere of the universe.

We can rearrange the following equation derived from considerations of the effect of a positive spacetime curvature on the frequency of light from distant galaxies: -

To give an expression for cosmological distance in terms of redshift; -

Graphically we can represent this as: - 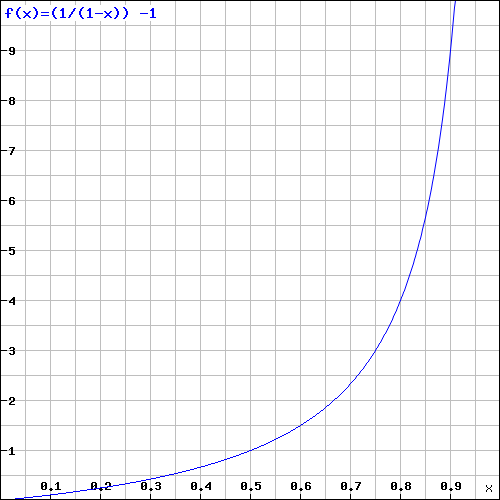 The horizontal scale represents observer to antipode distance L, in both space and time in the Hypersphere Cosmology model. In the conventional big bang model it would represent only the time since the emission of the light.

A consideration of Frequency Shift gives a more clear and intuitive picture of the effect of the positive spacetime curvature on light from cosmological sources: -