To prepare this most puissant magical amulet let the sorcerer first study the career of The Sorcerer Supreme, the mythical Dr Steven Strange.
Then let the sorcerer travel to some far and remote peninsula in the old Celtic lands, there perhaps to find some ancient fool conducting a fire sale of lapidary items at a Craft Fayre, and purchase from him a large star ruby mislabeled as a garnet, despite its giveaway hexagonal columnar structure, for a mere five pounds fifty without haggling.


Then let the sorcerer find an unwanted and unused bench mounted electric grinder going for a mere twenty five pounds at a shop of worthy charity, and again purchase it without haggling.


Then under auspicious stars let the sorcerer grind the ruby to a cabochon over many nights, sacrificing the electric grinder to the Great Work in the process, chanting (without blasphemy) throughout.


Then let the sorcerer take an old watch that has died, and file its casing of adamantine steel down to accommodate the gem, finally burnishing the casing to the color of  bronze in a fire of ancient hydrocarbon gases, and then hammer in the jewel.


The metaphysical preparations can then begin. (Details to follow eventually, see http://en.wikipedia.org/wiki/Eye_of_Agamotto  for an interesting selection of magical properties that the sorcerer just might succeed to some degree in associating it with.)


Now that’s what I call Chaos Magic, the investment of meaning and effort into something that appeals to will and imagination, with due contempt for the conventions of dull common sense and myopic logic.


I strongly suspect that most published Grimoires got written retroactively, after a certain amount of literary research and practical experiment; they probably didn’t get delivered as finished items by deities and demons. Thus we should interpret them merely as general guides to the sort of stuff worth trying out. 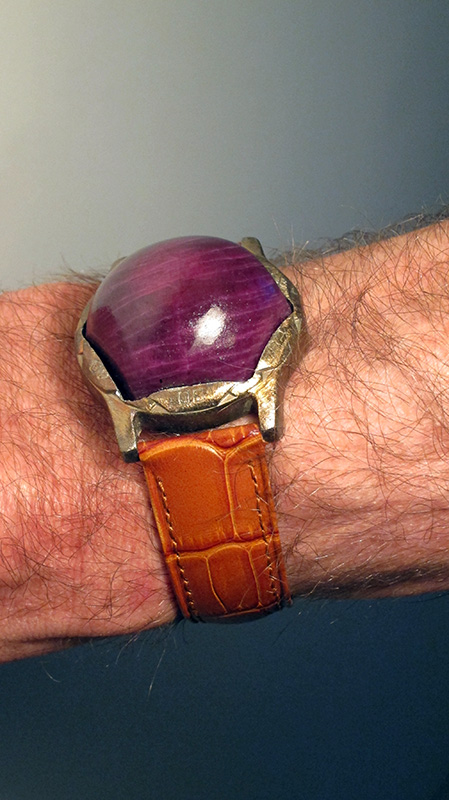