Acting as Chancellor of the world’s premier online magical training facility at Arcanorium College does keep me in touch with the evolving esoteric zeitgeist, and sometimes an aspiring alumnus will come up with something interesting and provocative in their own research.

I have always thought that physical and mental fitness aids the quest for magical abilities, yet Daniel Domaradzki has looked at it the other way round -  How about using Chaos Magic for Strength Training, Bodybuilding, and the development of Mental Resilience?

We have exchanged ideas on magical techniques and physical/mental techniques for some time. Whilst at 70 years of age I merely want to stay in about the same shape as 50 years ago, he trains athletes and competitors professionally.

Daniel has just released a book infused with all the fire and fury that I would expect from a promising young Mage – The Predator Mindset. 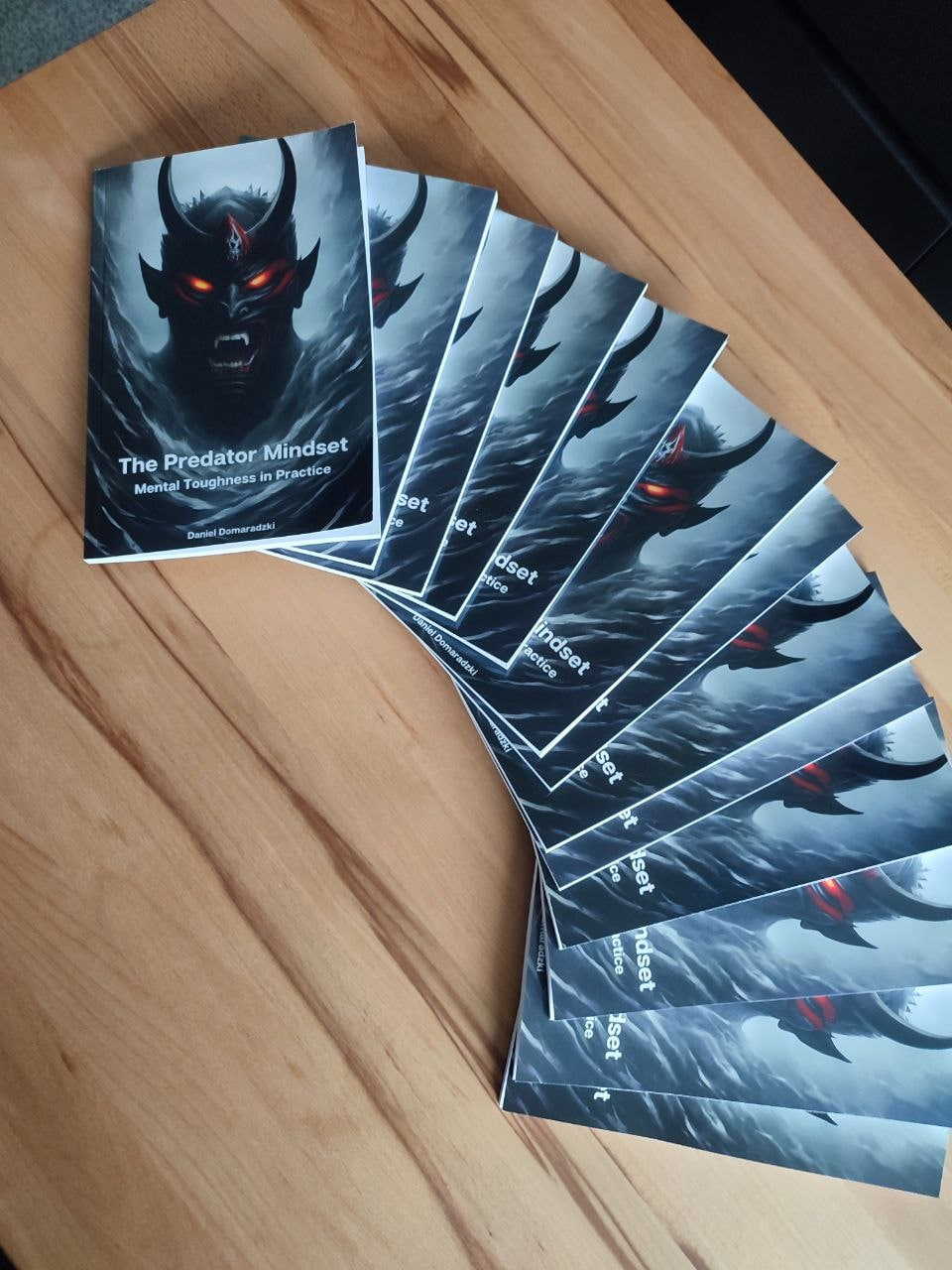 This book basically sneaks the magical techniques into mental resilience training without using magical terminology – it functions as a book of magic for the non-magician, yet it may inspire some to explore the esoteric arts more deeply.

The book reads well - short and direct and loaded with effective ideas and practises, and by slipping in the magical concepts in psychological terms it won't put off those who reject such ideas. I think a lot of people who call themselves magicians could and should also learn something from what it says. I have seen some laughable examples of wannabe magicians living hopelessly ineffectual lifestyles. I suspect that the approach he suggests may well prove appropriate for the challenging times ahead. No more hippy-dippy magical mysticism! Go for the Jugular! The Triumph of the Will and the Imagination!

Eliphas Levi crossed the English Channel ( or La Manche as he would have called it) in the middle of the nineteenth century and met the British magicians and occultists of the day. His writings afterwards became translated into English, and they had a profound influence on Mathers and the Golden Dawn and later upon Aleister Crowley.

In the twentieth century, few if any exchanges seem to have occurred between Francophone and Anglophone magical traditions. Although Levi did become republished during the magical revival in the UK during the last third of the century, nobody here had much of an idea about what, if anything, went on in French magic. We generally lived under the assumption that French alternative thinkers had become entirely preoccupied with politics and philosophy.

Anglo-Germanic collaboration in magical matters occurred intermittently through the twentieth century despite interruptions due to wars. Crowley’s OTO grew from a Germanic neo-masonic organisation, and I like to think that my own crossing of the North Sea in the 1990s to Germania and the subsequent publication of my books there did much to promote Anglo-German magical collaboration. Yet whenever we had pan-European meetings the question often arose – where are the French magicians?

Well perhaps we shall soon find out, a French publisher - Alliance-Magique - has just released Liber Null & Psychonaut with Liber Kaos to follow. I look forward to seeing what French speakers make of them. 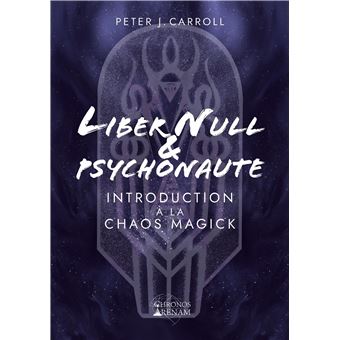 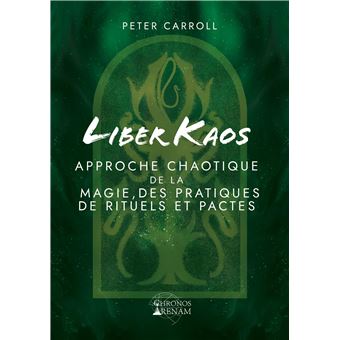 A ramble upon becoming seventy years of age.

I distinctly remember a question posed in 1967 by my English master at school - Old Bill, a clever and charismatic old cove who had taken it upon himself to provoke his charges to actually think. “How old will you boys be in the year 2000 - and what will you be doing?”

Blimey, forty seven! That’s nearly dead, isn’t it? Older than my dad? It seemed so unimaginably far away, that I couldn’t guess what might become of me.

“What are you here for boys?”, he also asked rhetorically, and then he answered, - “You are here to be made into clerks!” (It was an old style grammar school). He had a talent for provocation. It worked; none of us became clerks to my knowledge. He also told me that I would never write because my essays were an illiterate and opinionated mess. Nice move Bill.

Now looking back from the perspective of the traditional finish line, it all seems to have gone so quickly and with increasing speed. Back in my fifties and sixties I sometimes wondered if I would live for precisely 84 years, the orbital period of Ouranos which featured so prominently in my natal chart and my later magical career, however I now begin to doubt the usefulness of this belief, it seems as useless as a belief in immortality. Uncertainty seems a better motivator. I still have an active mother of 92 with a serious golfing habit.

‘Threescore years and ten’ does today sound like the finishing line from a previous generation, only a few of my contemporaries have died so far, yet I do feel myself at the beginning of getting old now, everything still functions, but stamina has started to decline, recovery time from exertions has lengthened. On the bright side, excessive algebra has brought with it Mentat eyebrows; plus, the thickening of fingernails into proper wizard’s talons suitable for light engineering works and handling hot metal braziers has proved useful.

Though now it all seems to have passed so quickly, my world has changed drastically in seventy years. I grew up in the long shadows cast by WW2 which had indirectly brought my parents together and brought nuclear power and weapons, radar, computers, jet engines, and liquid fuelled rockets into action perhaps twenty years before they would otherwise have appeared. The post-war period also marked the end of the British empire and the relative decline of Britain during a worldwide boom in population and industrial and agricultural production. I remember ‘the sixties’, a cultural period which for my social class in the UK ran from about 1968 into the 1980s, as one of intense optimism despite the cold war. We hippies had more freedom and opportunities than our parents and we would change the world for the better.

Yet so much went wrong, the drugs did not deliver the advertised enlightenment, the economic slack disappeared from the system. Much of the developing world got into a mess as Islam failed to decide on whether it wanted to live in the twenty first or the eleventh century, and the climatic, ecological, and political consequences of a carbon fuelled growth boom and globalisation became increasingly apparent. Our science and technology have so far failed to realise our dreams of space travel.

A lot of the optimism of the late twentieth century seems to have evaporated as the costs of ‘progress’ have risen. Few from the more recent generations can probably look forward to the easy material increments enjoyed by the post-war baby-boomers. So much of the modern art and architecture that has arisen in my lifetime seems destined for demolition and forgetting. The same probably applies to a lot of the current notions at the bleeding edge of science in cosmology and in the quantum realm.

The process of dissociating magic from religion has advanced well during my lifetime and magic can now stand on its own theories and vocabulary and practices without reference to theological concepts. Yet as Chaos Magic shows, you can still throw religious ideas in at whim for a bit of colour and fun if they offer beliefs of convenience and utility. Humans obviously create gods, goddesses, and spirits in their own image, not the other way around.

The old political systems consisting of various conflicted mixtures of monarchy-aristocracy-democracy seem to give way to conflicted mixtures of oligarchy-synarchy-democracy as communication technology ramps up. Synarchy has crept up on us. The Chinese Communist Party has achieved absolute synarchy over 1.4 billion of us. The EU strives for synarchy over a further 0.4 billion despite democratic resistance. Russia has become an absolute oligarchy. In the USA democracy still contends with oligarchy. Communism failed miserably everywhere, but socialism landed western Europe with the biggest welfare bills in recorded history, and a resulting decline in Christianity.

I have seen social and moral fashions come and go, and huge shifts in what we are officially required to think and what we are officially forbidden to think. Multiculturalism failed and became replaced by multi-ethnic and multi-racial monoculturalism as an ideal. The Romans had worked that out millennia ago. The wokeist fashion for promoting every possible alternative to the traditional family and every possible consensual sexual deviancy appears to  have passed its peak as the social consequences mount. Opportunities for women in westernised societies do seem to have improved in my lifetime because late and post-industrial societies co-opted them into both production and consumption, yet Feminism looks as much a symptom as a cause of this. Imperialism has become anathemised except where it occurred so long ago that we can celebrate it as advancing civilisation.

Lessons from life so far? The cultivation of health and wealth creates more time in which to do what matters to you, – and time remains the ultimate resource. Pick a lifetime partner with a very similar level of intelligence but with a significantly different personality so that you can compensate for each other’s weak points. The social capital of friendship counts for at least as much if not more than financial capital. Give your children every last bit of your accumulated wisdom and let them sort out the mess of contradictions. Don’t expect self-consistency from anyone, particularly yourself(s).

Things left to do?

Despite spectacular advances in science and magic, much of humanity still lives under the scourge of religion and the scourge of tyrannical regimes. I will redouble my modest efforts to undermine both. Religion and Tyranny both depend upon fragile beliefs.

Although we now have in Hypersphere Cosmology a more accurate map of the cosmos, we still haven’t got starships. I will continue looking into the equations.

Magical Theories and Quantum Theories do not yet have comprehensive descriptive or predictive powers, nor do we know if, or how, they relate to each other. Either way, both require further research and substantial upgrades. This may all take longer than I have left.

That your descendants prosper,

That your deeds and ideas may outlive you awhile,

That your enemies all lay neutralised or dead,