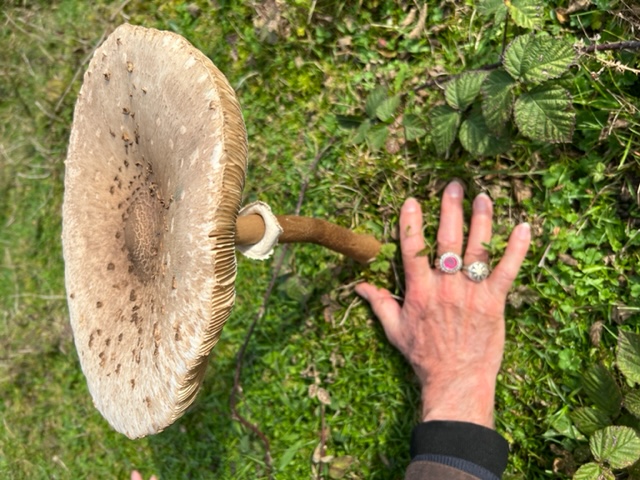 COP 27 Agreeable as the recent weather may have seemed, we must not forget that it comes as a side effect of increasing climate disruption due to anthropogenic global warming. Globally we still burn a thousand barrels of oil per second - every second of every day, and also perilous volumes of gas and coal. The future of civilisation lies at stake, its future simply does not add up on current projections – flood, rising sea levels, drought, devastating heatwaves, wildfires, desertification, ecological and agricultural collapse, famine, mass migration, and war will all continue to increase until well after we have stopped burning fossil fuels. The climate catastrophes currently devastating the polar and tropical/equatorial regions of the planet will increasingly afflict the temperate regions as well in the near future.

Yet nearly all politicians still believe they have to deliver economic growth now rather than the medium term survival of civilisation, and this prevents them making the massive and immediate commitments to clean energy we so desperately need now.

Lithonia A last tour of the Lithonian naval spaceship yards coincided with the arrival of the ancient dreadnought the LSN Varspik. Long presumed lost in space, this vessel disappeared 256 years go. As it limped into dock after its epic odyssey, its furious AI Ship-Mind lamented that 73% of its droids had become dysfunctional, noted that it was fortunate it hadn’t carried any animal crew, and it demanded an upgrade to its lousy antique relativistic navigation equipment. 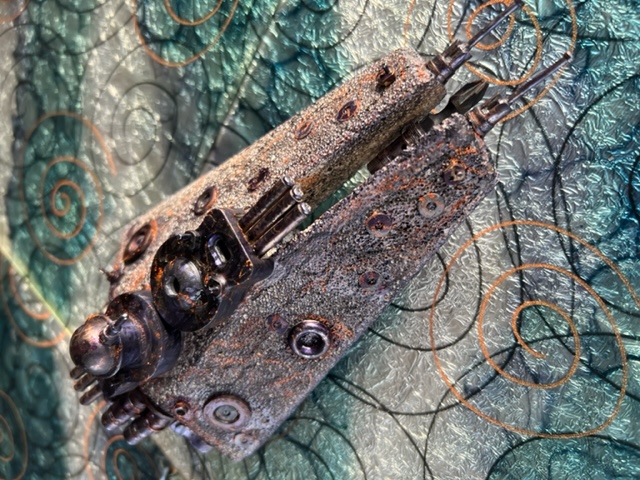 Forgive me, the nights grow long. As a kid I would always discard the irritating instructions that came with any plastic kit model aircraft or ship I was given and built it to my own imaginations. Now in my dotage I eschew plastic entirely and create from recycled junk and scrap.

Review - of Interview with a Wizard - on Amazon by Jozef.

This book is a true gem that brings a touch of the authentically Chaoist perception of the reality. Not only in content, but also in form. Magic, physics, politics, psychology, history, technology, cosmology, and lots of humour. The questions are thematically mixed in different ways, they don't create huge monothematic blocks, which was a great idea and adds a chaos magical flavour.

However, this is not random rambling. The whole reveals a philosophically holistic Pete's view on reality, which does not derive primarily from theories, but from experience and decades of bare Chaos Magic practice. This perspective is unique and cannot be precisely labelled; it is the result of a fruitful life dedicated to magic.

The emphasis here is on fruitful. I can say with a clear conscience that Chaos Magic, as presented here, is one of the few magical currents, if not the only one, that in its application and true function expands, enriches, and vitalizes life, not the other way around. Along with this, and importantly, it is consistent with our current empirically based knowledge in, for example, psychology (Steven C. Hayes), statistics and probability (Nassim Taleb), and others.

The occasional criticism of Chaos Magic that I hear is that it has no roots and is just a confused postmodern creation. My argument is exactly the opposite, that Chaos Magic is currently one of the few, if not the only, authentic continuation of the magical tradition. This book is a proof of that. The magical tradition has never been based on a blind adoption of something from the past, nor has it been based on religious dogma. It has always been eclectic, creative, and sought to integrate up-to-date knowledge from other disciplines. This is convincingly demonstrated in Stephen Flowers' book Hermetic Magic or in the Ronald Hutton books.

Last but not least, Interview is also a highly practical book. There are gems in the answers regarding magical practice that I didn't find in Pete's other books. This is probably due to the way Ian Blumberg-Enge asked the questions, as he doesn't appear to be a long-time practitioner of Chaos Magic, but he has an incisive, inquisitive mind and is able to capture the essence well. In doing so, he extracted particularly interesting details from Pete. This makes the book suitable for complete beginners who want to learn what Chaoism and Chaos Magic are all about, as well as for experienced practitioners who are inspired to augment their own practice.

Pete can be proud of his legacy and the significant mark he has left on the Western magical tradition. He seems to have single-handedly reshaped it - forever and definitely.

For many years most theorists have dismissed the possibility of significant non-classical quantum effects occurring in biological systems. They have generally reasoned that the warm temperatures, and the wetness and the chemical interactions would instantly cause the decoherence of any ‘interesting’ quantum states.

Yet IF the brain and biological systems do use some of the non-classical properties of quanta like indeterminacy, superposition, entanglement, coherence, and spatial and/or temporal non-locality, then it becomes far more interesting IF that can explain something about 'consciousness' and parapsychology which seem to have similarly non-classical properties.

These two big IFs have become something like holy grails for many contemporary esoteric theorists.

Postulated a possible basis for a quantum component to consciousness, but the hypothesis lacked much experimental support and attracted widespread criticism.

However, a correspondent recently sent me this: -

Experimentalists seem have discovered a measurable quantum coherence signal in the brain synchronized with the heartbeat, and not due to classical effects. This occurs only in the brain's neural tissues, and it changes radically when the subject falls asleep.

Plant biologists seem to increasingly agree that plants use quantum superposition and non-locality to hugely increase the efficiency of their photosynthesis. It seems that they exploit the superposition/non-locality of excited electrons created by incoming photons of light to catch them exactly where they need them at their chemical synthesis sites. Virtually all life on earth depends on photosynthesis and this seems to depend on non-classical quantum effects.

If plants can exploit quantum strangeness, then we should expect animals to do so as well.