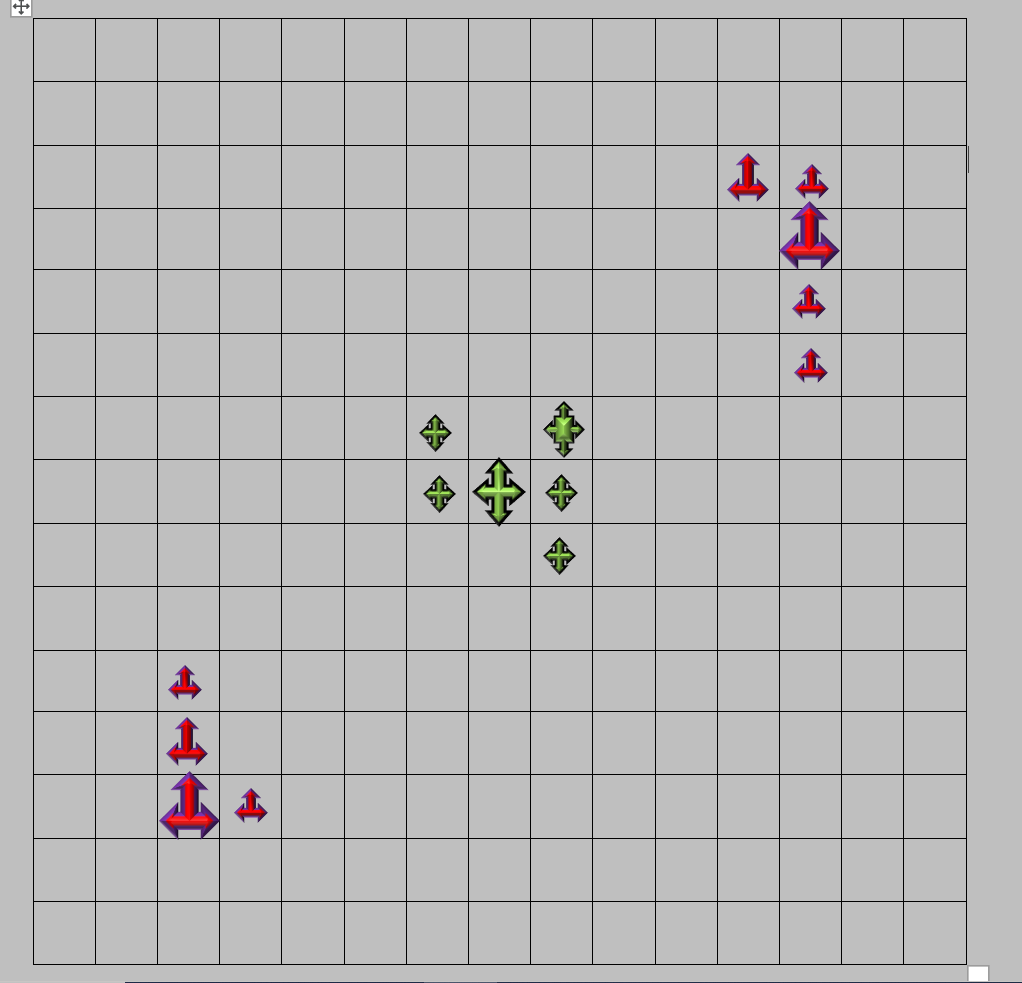 All vessels may move during a turn and all vessels may either move then fire or fire then move. Any vessel may fire at any designated target within range regardless of anything in the intervening spaces.

Any hit destroys any vessel. The combat power of any vessel depends entirely on the range at which it can score hits.

To score a hit, a vessel must throw a number equal to, or greater than, twice the number of squares away that the designated target lies.

Vessels use dice of different sizes to represent their combat power.

Thus, vessels have the following chances of scoring a hit at each of these squares: -

Combat continues until only vessels from one side occupy the combat space. Vessels which manage to move off the combat space have escaped and must move to a new position on the  main interstellar board in their next main board turn.

Vessels may attempt to pass through enemy held systems by escaping the combat space.

Defending vessels may attempt to abandon a system by escaping the combat space.

Read 527 times
More in this category: « Frontier Space War 2.
back to top
feed