With Nazi tyranny defeated, Winston Churchill commissioned a study into the feasibility of driving Russian tyranny out of Eastern Europe as WW2 drew to a close. Churchill’s generals concluded that ‘Operation Unthinkable’ didn’t look feasible at the time, at least not without massive American support and widespread use of WMDs. Consequently, Eastern Europe seemed condemned to suffer under Russian tyranny for some while.

The Russian system of tyranny derives from the feudalism of the Middle Ages. In the disastrous Russian Revolution, the fiefdoms of the feudal Tzars became the fiefdoms of a middle class led urban political party waving a communist banner. Tyranny and corruption continued as normal under different overlords, democracy never got a look in. Tyranny and corruption meant that Russia, and the satellite states it annexed, never prospered economically despite the huge natural resources and populations available. Far too much became spent on militarism and the state apparatus of repression that maintained the regime. When the Soviet System finally imploded towards the end of the 1980s, Russia missed its chance to join the community of civilised democratic European nations. Instead, the thuggish Vladimir Putin managed to completely recreate feudalism with himself as monarch and dictator and a whole new class of oligarchs and kleptocrats as his henchmen and barons.

Operation Unthinkable now seems distinctly possible. If the free world can remain firm against Putin’s threats, and if it can bear the consequences of comprehensively sanctioning Russia, and if it can keep supplying the heroic Ukrainians with ever better weaponry, then Russia will retreat in defeat.

If you have any psi-skills at all, consider contributing to the ongoing efforts of the free world’s wizards and witches to unseat the Russian tyrant: -

The people of Russia and Belarus may yet depose their dictatorships and the struggle against tyranny in Europe will have finally succeeded after many bloody centuries.

That will just leave China as the world’s main sponsor of tyranny.

I recently found this book on the history of China fascinating: - 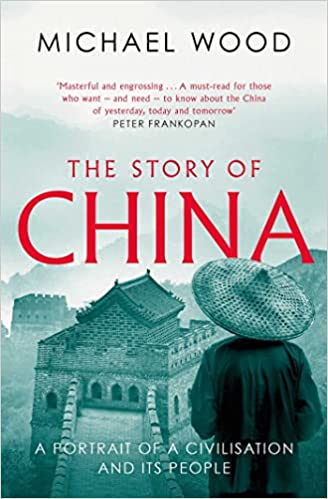 China has the world’s oldest more or less continuous civilisation. It has undergone many cataclysmic implosions and changes of regime over the millennia, but it has always rebuilt itself on exactly the same Bronze Age political principles with which it continues to govern itself to this day. In this system, most of the power lies with The Emperor and The Imperial Bureaucracy. Aristocracy did not feature strongly; lords, barons, and rich merchants did not hold much power. The gentry of Chinese society consisted mainly of Mandarins, upward social mobility mainly lay through bureaucratic service.

The system has always depended on a massive effort of information gathering and information control to achieve taxation and regulation, and hence behaviour control.

The Chinese Mandarin or Scribal Class has persisted for thousands of years, and it has always cravenly collaborated  to provide a Bureaucracy to whichever warlord or political manipulator became Emperor of China. The Scribal Class simply morphed into a Party Organization that provided Bureaucratic collaboration to communist emperors and now provides it to post-communist emperors.

The advent of modern electronic information technology has immensely strengthened the hand of the Chinese bureaucratic tyranny. It can now maintain real time surveillance on all its citizen’s movements, contacts, and behaviour, and it eagerly exports this technology to any regime that wants to use it. Cell-phone monitoring and facial recognition technology along with complete state control of the media have provided the Chinese dictatorship with more resources for thought control than George Orwell dreamed of in his seminal and prescient novel ‘1984’.

Plainly, quite a lot of things in Quantum Field Theory do not add up very well. Not only does the whole field of Quantum Chromodynamics concerning quarks and gluons look conceptually tortuous and a mathematical mess, but even Quantum Electrodynamics which concerns electromagnetic and weak forces and particles now comes into question. In particular we currently have calculated results for the mass of the W Boson and the g-2 spin of the Muon that do not match the experimentally measured values.

It rather looks like the calculations have missed the contributions made by the presence of extra particles that we have not yet recognised. Within the 3-dimensional time model under development here at Arcanorium College, the full suite of weak force interacting bosons could consist of: - 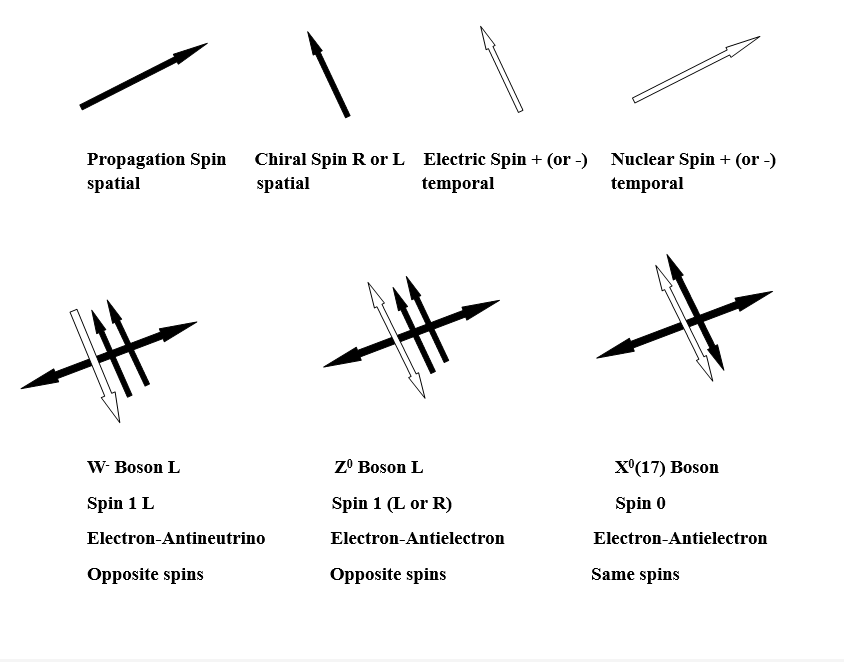 The putative X17 Boson may have already appeared in the decay of Beryllium 8.

In a similar vein, the 3-dimensional time model suggests an additional meson type particle and field intermediating the inter-nucleon forces, this putative ‘Y’ Boson may also play a part. It could if produced, decay into any possible particle-antiparticle pair, rather as the supposed Higgs Boson does, yet unlike the Higgs it would not confer mass on other particles.

The proofs and the cover designs for the following two titles have arrived: -

Interview with a Wizard- Ian Blumberg-Enge interviews Peter J Carroll. 365 Questions on magical, esoteric, biographic, scientific, and other topics, with an extended appendix on the hyperspherical universe, from publishers Mandrake of Oxford.

Images and full details will appear here within weeks, as soon as publication occurs.