The universe has always existed, and it always will. Merry Christmas.

The final battle recently occurred on a cosmology forum where HC took the last remaining bastion of LCDM by accounting for the Cosmic Microwave Background Radiation in terms of its own model.

Herewith the plan of attack used: -

Herewith the tactics in full: https://www.specularium.org/component/k2/item/340-the-cmbr

The fighting was brief and bitter this time, the losers ended up cancelling and no-platforming the victor.

It all had the flavour of an atheist demonstrating the non-existence of god to a theological college.

I have almost no idea what sort of Chaos Magic goes on in Japan, apparently my works have appeared in translation there, but language difficulties prove a barrier to communication. Nevertheless, a group over there sent me this delightful artefact: - 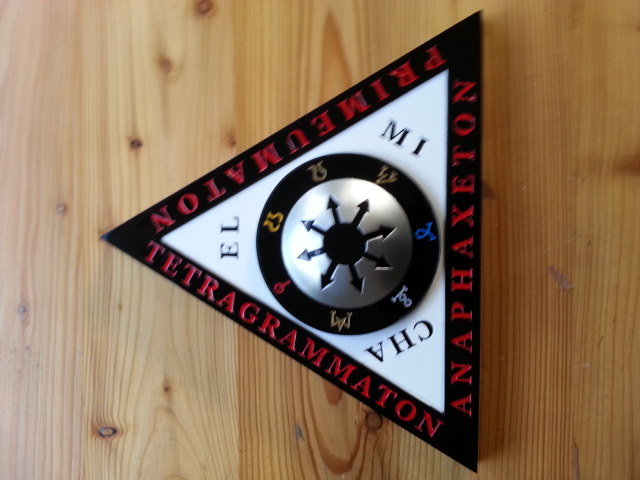 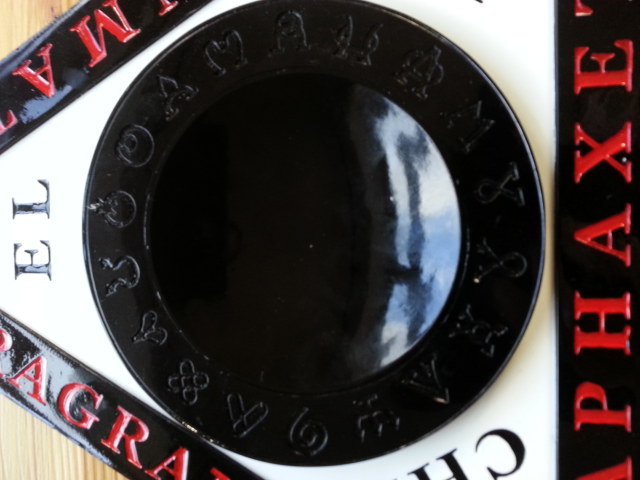 It’s a magic scrying mirror that resumes both late medieval grimoire symbolism and the alphabet of desire as given in Liber Null & Psychonaut.

I’ve had a fair bit of feedback about King Crimson’s 21st Century Schizoid Man lyrics from the previous blog: -

There's a 2-minute clip here that predicts one nasty future consequence I haven't seen described before:

This report finds that the world’s biggest emitters of greenhouse gases are spending, on average, 2.3 times as much on arming their borders as they are on climate finance. This figure is as high as 15 times as much for the worst offenders.

I suspect that most national leaderships in powerful nations must have already calculated that in the absence of sufficient international action, national preservation takes precedence and that their populations will back them on this.

Finally, a Poem. In celebration of HC CMBR victory.

Away from the glare of our burning cities

The sky at night looks black as pitch betwixt the stars

Olbers said that cannot be

In a universe of infinity

Yet look again with a microwave eye

And it’s all aglow betwixt the stars

Is this the relic of a mighty blast

From distant aeons in the past

Or does the light from here

Go round a cosmic hypersphere

Coming back a little tired and cold

After all, it’s very old.