At Chateaux Chaos the Autumnal Mandrakes have sprouted surprisingly early, before autumn equinox, with Circe already a foot into the sky and Boris and Igor just getting started. This year they will have an experimental outdoor season, note the slug repellent copper wire around their new home. Let us hope that the increasingly unpredictable climate does not bring any early frosts. 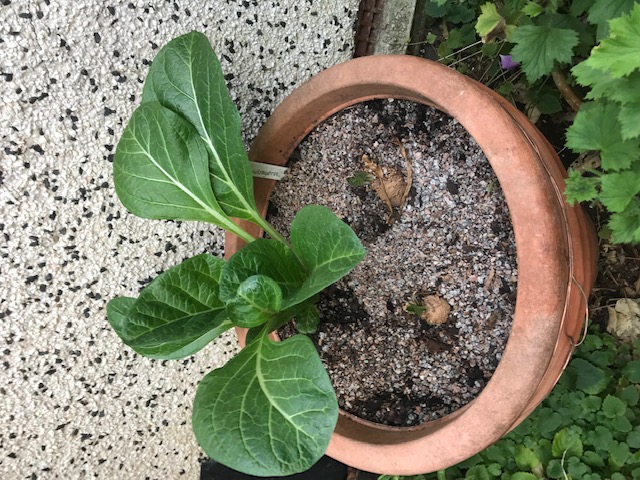 The world’s most illustrious academic historian of the esoteric arts has prepared a splendid preface for the forthcoming Classic Edition of ‘Liber Null and Psychonaut’, the book that initiated an epic paradigm change in magical thought. Since its first publication this book has attracted both aggressive dismissal and laudatory recommendation. A new paradigm will always make some people very angry and other people ecstatic. Weiser’s Classic Edition which includes some new material, will appear sometime next year.

Retirement from most of the more time demanding business activities has led to a life of concentric holidays and research sabbaticals with frequent sojourns in remote Wales where  a lot of wildlife still thrives. Herewith an adder sunning itself on some concrete. Some bright spark decided that this area would provide adders with an excellent habitat and released a few hundred captive bred specimens some decades ago, now we have thousands of them here. Shoes now seem essential in the dunes, but on the upside, they do bite dogs that people don’t keep on leads. 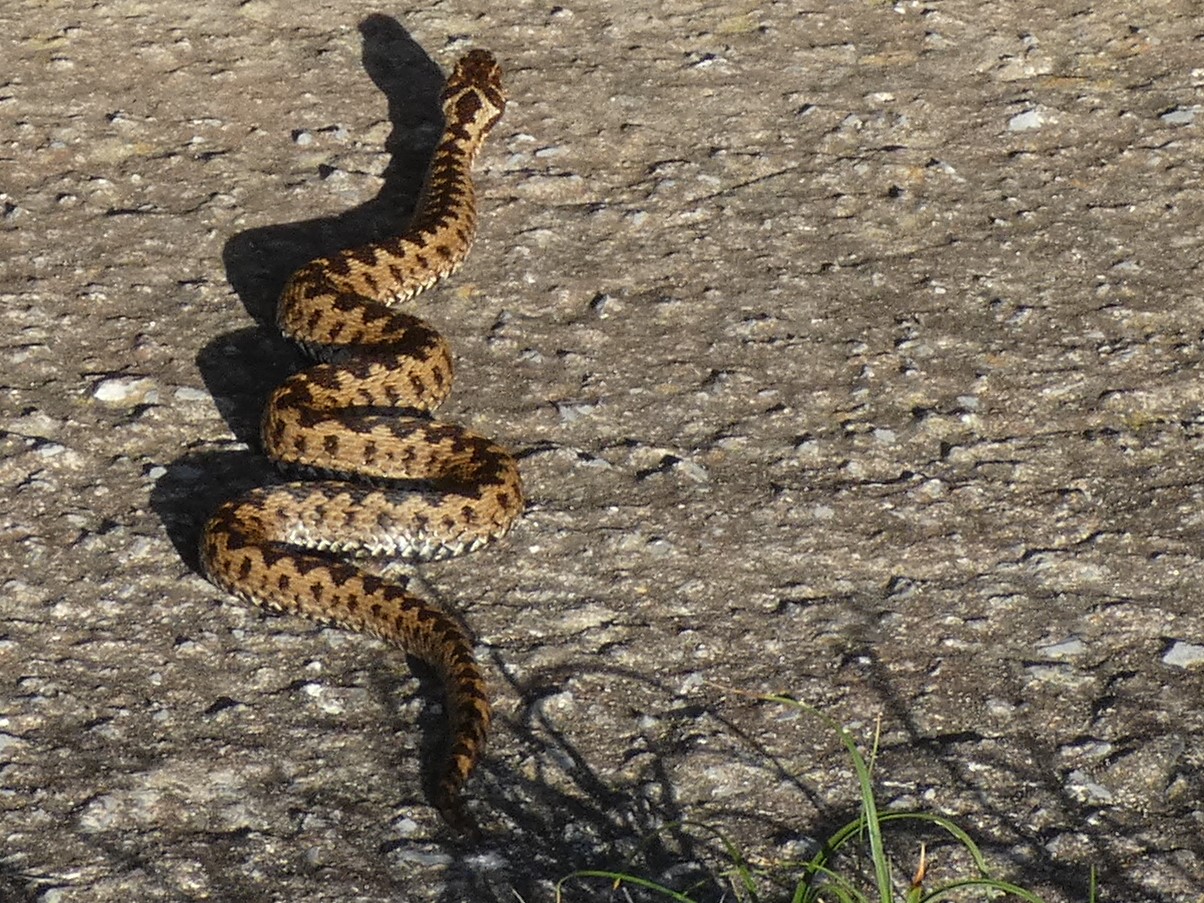 Herewith also a friendly cricket. Until recently I could always hear their high pitched chirping at night. This year my youngest daughter, a professional ecologist, told me that they were making their customary racket, but I could barely hear them. Oddly, I found this a greater portent of mortality than my need for reading glasses, something may soon disappear from my universe forever as my faculties fade. I seem to have just eaten a pot of dog ice cream having mistaken the picture on the carton for a polar bear. I may have only few decades more to discover the remaining secrets of the universe and the quantum realm presents bizarre difficulties akin to juggling spaghetti whilst blindfolded in a hailstorm. 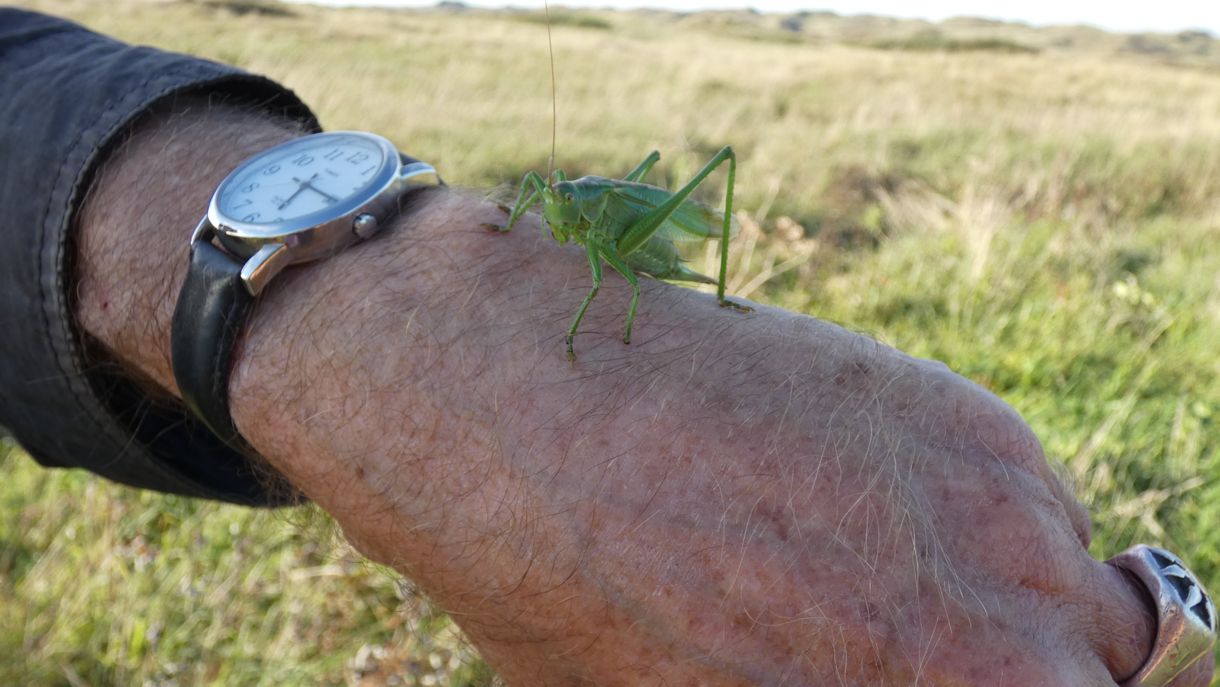 During discussions of the concept of dimensions with my interviewer/biographer, the following analogy or thought experiment emerged to illustrate the possibilities of multiple time dimensions.

The record of a game of chess provides its temporal dimension, it shows what happened over time. It does not show the moves not taken. However, we could have multiple timelines in which alternatives moves occur. A player unable to decide between two moves can elect to make both of them by replacing a single piece by two smaller shadow pieces in different positions with the provisos that whenever one of the shadow pieces interacts with an opposing piece, the other shadow piece becomes removed, and a player moving one of the shadow pieces must also move the other corresponding one as well. Otherwise, all the usual rules of chess apply.

Afterwards, we could write a single timeline move sequence to describe the whole game that does not include the shadow pieces that became removed! However, an expert would probably notice something very odd about some of the moves chosen when looking at the record afterwards. Such a Quantum-Chess analogy can in principle explain many of the mysteries of quantum mechanics and magic. What may have happened, and what could happen, can affect what does seem, to us, to have actually happened. ‘Imaginary’ phenomena can have very real effects.

Afterthought – simply sawing each piece of a chess set down the middle and numbering the two halves the same provides an easy way of preparing a quantum chess set. The two halves of each piece begin the game on the same square.