Esoteric Horticulture - Now in their eighth year at Chateaux Chaos, the Mandrakes have blossomed with exuberance for the festive season. Note that after producing an initial celebratory heptagonal flower with six stamens, Circe and her friends have exclusively reverted to the usual pentagonal symmetry.

Sculpture – With all the shops shut due to the pandemic, and with internet shopping failing to provide a satisfactory festive experience, crafting gifts seems like an agreeable alternative. Herewith an Earring Tree. Iron wires tied and epoxied together, coated in black milliput, afterwards drybrushed with green acrylic and mounted in an old green slate block, inspired by the highland Larch. 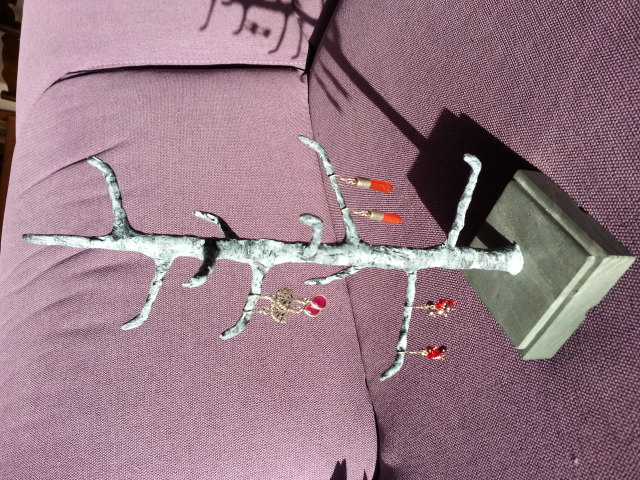 Politics – America seems to have a problem with its institution of Head of State. The Potus has too much power and the periodic process of replacement proves both expensive and disgraceful. Britain on the other hand has a severe problem with its economy. Perhaps Britain could offer America surplus parts of its royal family as a readymade constitutional monarchy? Obviously, the Americans will not want Prince Andrew now, but what about Prince Harry? He comes fully trained in all ceremonial, charitable, military, and diplomatic duties and has an American wife and an heir. How about 100bn U$ and free aircraft for our two new unaffordable aircraft carriers?  America could recoup the costs quickly with an ‘honours for paid taxes’ scheme in a new American Order of Knighthood.

Esoteric Physics Update – As part of the forthcoming Occultaris, a treatise on Natural Philosophy that unifies magic and science, it seems necessary to demolish the standard LCDM model of big-bang cosmology and replace it with a Hypersphere Cosmology which now exists in a fully quantitative form. It also seems necessary to replace the standard mode of Quantum Field Theory with a model based on Quantum Hyperspheres to fully unify the microcosm and the macrocosm.

Official QFT demands no less than 25 different fundamental fields pervading all of spacetime and 36 supposedly fundamental quanta, it seems massively baroque and ad hoc and riddled with the modern equivalents of epicycles and phlogiston.

In the emerging Quantum Hyperspheres model, spacetime itself (with a few extra dimensions) provides the basis for all fields, and all quanta consist of various centres of spin in up to 4 different planes which creates spinors. The basic bones of the model appear below. It treats quanta as less fundamental than the various configurations of spin that comprise them. It remains geometric and qualitative at this stage; I would welcome collaboration from specialist mathematical physicists to explore the quantitative aspects. 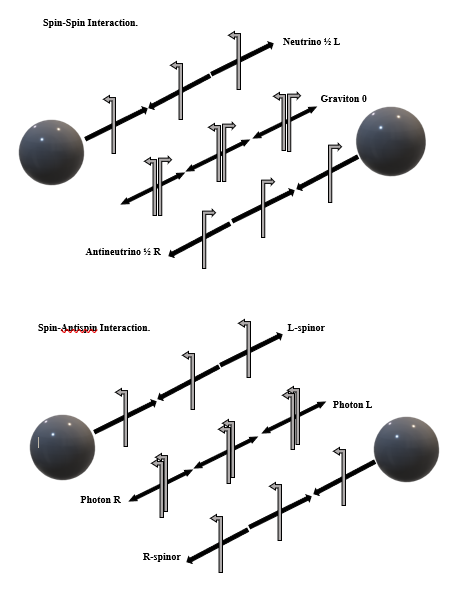 The underlying motivation here arises from a desire to model an entirely natural description of reality that also explains non-locality, entanglement, and superposition and a wealth of esoteric phenomena in terms of extra-dimensionality and temporal reversibility.