Several pundits predicted that having made the mistake of allowing the British people a referendum on EU membership and losing it, the UK Political Establishment would find some way of not actually allowing Brexit to happen.

So far, they have succeeded in this by presenting either a very bad Not-Really-Leave-At-All-Deal, or an allegedly catastrophic No-Deal departure as the only possible options.

However, their own rules have now caught up with them and we now face another round of elections to the EU’s sham-parliament, a body which neither raises nor spends taxes and which cannot initiate legislation, it can only rubber stamp the diktats of the unelected EU commission and its self-selected bureaucrats.

Voting in elections has something of a magical gesture about it, as the likelihood of any individual vote affecting the outcome remains vanishingly small, yet it nevertheless registers as an act that projects intent.

Thus, I shall ‘Tell Them Again!’ and vote for the Brexit Party because: -

I prefer Democracy to the unelected autocracy and malignant synarchy of the EU.

I prefer British Common Law and the presumption of innocence to the dodgy continental version.

I prefer that Britain adopts its own response to the multiple crises arising from Globalisation rather than accept the diktats of Brussels and Berlin.

I prefer that Britain distances itself from the institutionalised corruption of an EU whose accounts have invariably failed to pass audit. In the UK, people would have gone to jail for this, in the EU they get gold-plated pensions instead.

‘No-Deal and F* Off’ will certainly bring temporary hardships, but freedom always has its short-term costs.

Reluctant-Remainers should also seriously consider voting for the Brexit Party because a very large cohort of MEPs opposed to the Political side of the EU project seems likely to become elected across the whole EU. Just possibly this could lead to the EU reverting to its original function as a body for economic cooperation and nothing more. In which case ‘Remaining’ might well prove acceptable to almost everyone.

Either way we should not remain part of the Malignant Political Monstrosity that the EU has mutated into.

Collaboration with my Gama-Ray Astronomer friend has provided a very lively debate about many aspects of Hypersphere Cosmology. Currently we mainly explore the hyperspherical lensing that creates the optical illusion of an accelerating expansion of the universe and gives rise to the dodgy phlogiston hypothesis of dark energy. The previous blog on The Hyperspherical Lensing of a Glome in Azimuthal Projection may not give a sufficiently accurate projection and may soon receive a trigonometric upgrade.

Meanwhile the physical principles and equation that gets rid of the underlying mistaken assumption that the universe expands at all (and hence came from a singularity and a big bang), have undergone a simplification and a clarification. See below for a description of cosmological redshift (the main evidence for the expansion hypothesis) in terms of the small positive spacetime curvature of a Glome type hypersphere removing energy from photons in transit. 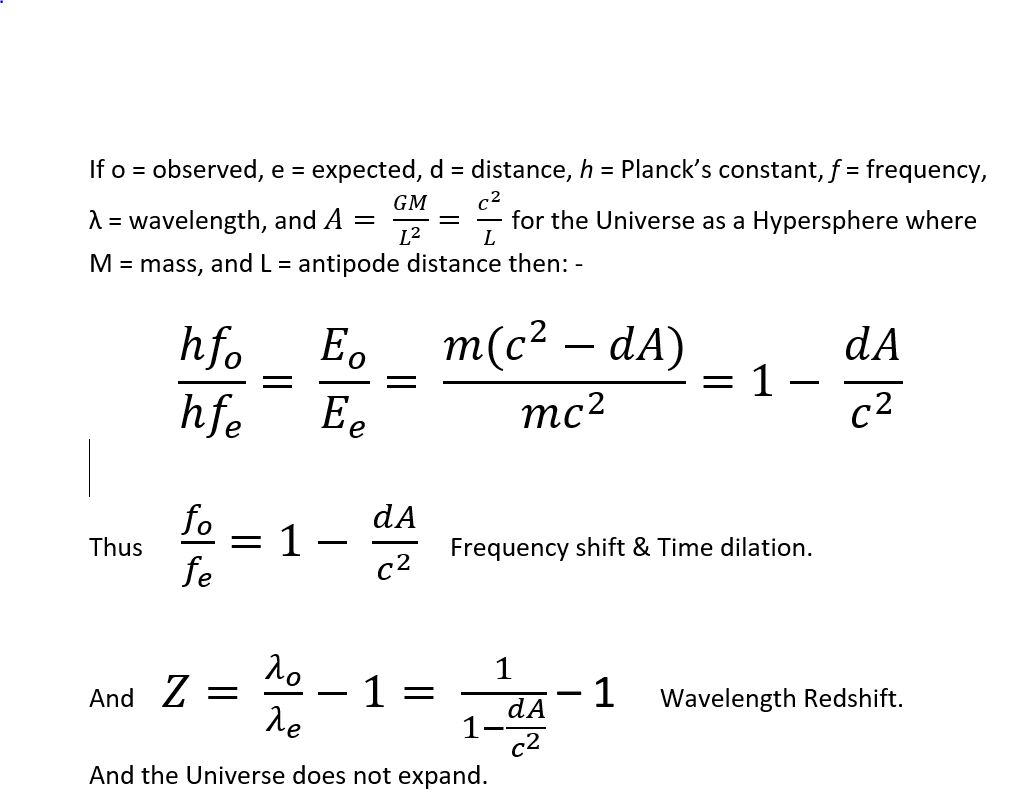 Do I worry about this? Not at all. By the end of this century only a few hundred thousand humans will remain, and they won’t have any technology left after crop failures lead to a general collapse of civilisation. The planet will reforest itself nicely within a few centuries. 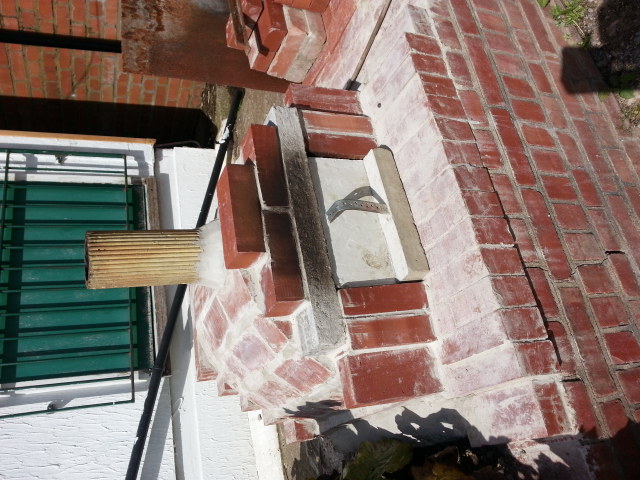 Not an ideal survivalist structure, nor a particularly efficient method of cooking, but the woodsmoke does impart a delightful tang.

Brick tunnel built over half a plastic barrel (remove barrel before bricking up ends!!!) old Victorian waterpipe as chimney, door in cast concrete.

Read 1087 times
More in this category: « The Hyperspherical Lensing of a Glome in Azimuthal Projection. Junblog »
back to top
› ‹
feed