Herewith some Apophenia Votive Figurines posing as garden sprites, the middle one in black milliput over wire served to make a two part plaster mould for the other two cast from molten tin, without excessive collateral damage to the kitchen. The solid tin versions weigh in at over half a pound each. Lead free solder provides a convenient source of 98% tin. The plaster mould did not survive beyond the second casting.

With Immanent Neo-Pagan Deities, portable physical representations always come in handy for evocation or invocation. These figurines will feature in a forthcoming Grove event and in the next project at Arcanorium College.

Caveat Emptor: -This may lead to inspiration, genius insight, mistake, or plain craziness.

Metaphysics exists as metaphor for the physical.

(Welcome to Chaos Magic – Post-Neoplatonic Esotericism in the raw.)

Metaphor provides the mechanism by which the mind relates to, and controls, physical reality.

Participants will have to make and do a lot of stuff; and may anticipate finishing the course in a somewhat different state of brain to that in which they entered it. 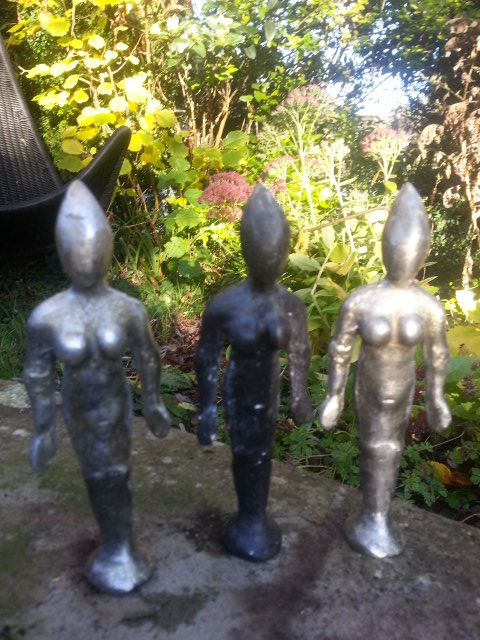