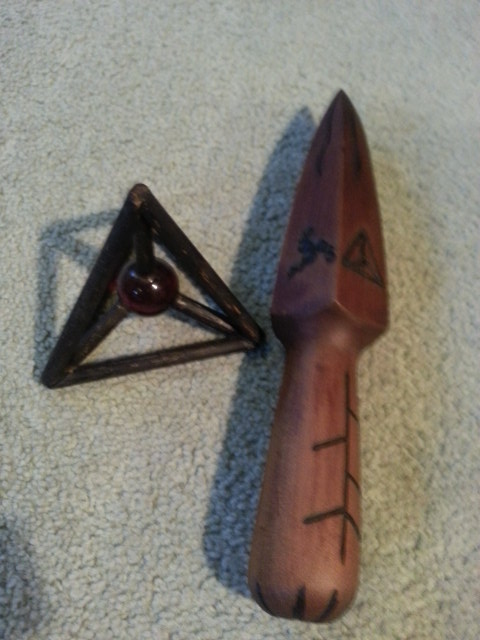 By the grace of Azathoth and partly thanks to a wearying dose of flu that left me idly playing with algebra under the duvet, something coherent seems to have come through on the Quantum Hypersphere front. See it here http://vixra.org/abs/1611.0133 at the home of rebel scientific publishing.

Basically it shows that we can recover the basic fundamental equation of quantum physics by treating quanta as hyperspheres, (‘magnified’ by the Uncertainty/Indeterminacy Principle), that ‘rotate’ in exactly the same way as the entire vorticitating hyperspherical universe, thus revealing a deep and unsuspected* symmetry between the microcosm and the macrocosm.

Everything spins. Spin and Spacetime mutually uphold each other, and matter and energy arise from their interaction.

(*Well actually I intuited that at age 14 having learned about atoms and then staring at the stars. Now half a century down the line some maths finally emerges.)

At Arcanorium College www.arcanoriumcollege.com we prepare for a second expedition into the Necronomicon realm of the Elder Gods to seek the Gods of the Future and whatever eldritch secrets they may choose to impart. The preparations will take a month or so; so time to build instruments and amass sanity points ready for January. Courageous Psychonauts may apply.

A family holiday in Crete in October proved fascinating. The island probably inspired Plato to write of Atlantis. The Minoans seem to have had a very agreeable bronze age culture, they worshipped a goddess whose name we do not know and who probably didn’t hold a pair of snakes (it seems that the British archaeologist Arthur Evans reconstructed 2 figurines doing that because he thought they looked more pagan that way, but all the other goddess statues have outstretched arms) The Minoan culture seemed fairly peaceful, the cities didn’t have walls and we haven’t found much weaponry. There doesn’t seem much evidence of sacrifice except votive offerings of cute little bronze and pottery animals. Cretan ‘bullfighting’ didn’t involve killing the bull, just a display of bravery by getting yourself tossed over its back. Bronze axeheads feature everywhere as both ceremonial and actual tools but these look far more like tree felling axes than battleaxes and tree felling must have featured as a very significant activity for an agricultural society on a heavily wooded island. Minoan culture, like the mythical culture of Atlantis, came to an abrupt end ~1,240BC, probably due to catastrophic earthquakes and/or the explosion of the Santorini volcano and subsequent tsunami.

The three Mandragora Autumnalis that came as seeds from a wizard in Greece have sprouted on cue at Samhain again for their 4th year. They don’t seem to like the British climate, they grow only very slowly and now resemble small parsnips, and they haven’t flowered yet, but this year they have a space in the greenhouse rather than the kitchen window.

Happy new POTUS to all my American correspondents. A Clinton victory would have meant more of the same which doesn’t work. The parallels with the Brexit result seem worth noting, both phenomena depended heavily on the issue of Globalisation. We haven’t managed Globalisation at all well, and now the furious people have elected politicians who say that they will manage it. The religious right have inconsequential influence in the UK but they can hardly claim a victory in the person of Trump. Sovereignty proved a significant issue in Britain; we didn’t want to become swallowed up in the failing superstate of the EU. However as Archdruid Greer USA points out, the sovereignty of the states in the face of an overbearing and out of touch federal government played a part in Trump’s victory too.

I don’t imagine that as a businessman Trump will start any wars that do not have a good expectation of making a profit. An alliance with the Russians against the common enemy of civilisation in the Middle East seems like a good idea. If I held the presidency of Mexico I’d build that wall myself to prevent the vast exchange of drugs for guns that has so badly scarred my own society.

Trump’s climate change policies do however give cause for alarm.

Nevertheless he likes Britain and he has already bought parts of Scotland, and he likes our dear old Nigel Farage.