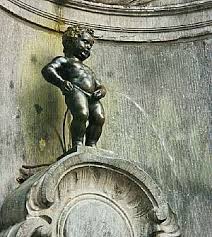 The POTUS campaign. (President Of The United States)

The popularity of the presidential candidates Trump and Sanders seems like the inevitable symptom of the relative decline of America. Since American industry and the American military have ceased to dominate the planet, America’s real economic growth has stalled, but America’s professional class has continued to take more at the expense of America’s waged class.

Thus the American political consensus has started to unravel and voters begin to entertain far from mainstream candidates.

Trump and Sanders each have a different approach to this problem from opposite ends of the political spectrum.  However in the first case regaining industrial and military supremacy seems unfeasible, and in the second case socialism would come at the price of huge social upheaval against vested interests.

Militarism will no longer work in the context of a world awash with cheap geo-politically defensive weaponry and asymmetric warfare, unless you want to make liberal use of WMDs.

Socialism does not seem compatible with the present demand-economy structure.

America needs to look to the health of its manufacturing base and to apportion its wealth accordingly. It also probably needs to adjust to a lower growth model across the board.

David Cameron seems like a brilliant tactician and he seems unlikely to lose the forthcoming EU Referendum, but will he have to change sides to win it? He would probably like to remain part of a completely redesigned European organisation but he knows that he won’t get that.

Problematically for Dave he has to make a show of renegotiating the UK membership to assuage those members of his own party who stand to benefit from the EU’s favouritism towards the interests of big business (against small business) and the political class (against the people).

The reform proposals on the table look cosmetic and paltry and will rapidly become completely ridden over if we capitulate and agree to stay in.

Fear of the unknown may induce some to want to remain in, so the out campaign should focus heavily on visions for an Independent Britain.

The greatest unknown however surrounds what will happen if we decide to remain in. What new nonsensical burdens will the EU impose? What further loss of control of our own affairs shall we suffer? Those of us old enough to remember the first referendum on the Common Market now seem at the forefront of the out campaign – we saw how voting for one thing brought quite another.

If Britain leaves the EU now we could bring down the whole rotten structure, liberate the nations of Europe and restore democracy.

The EU Synarchy remains well aware of this and thus it has a massive incentive to lie, as indeed it did about the ultimate agenda of the Common Market.

As a sort of metaphor for the EU consider the virtues of ABOLISHING BELGIUM.

‘Belgium’ functions as the ultimate adjective of vilest abuse in almost all the languages of the cosmos according to Douglas Adam’s Hitchhikers Guide to the Galaxy, and deservedly so when you consider the history and the current state of the place.

Belgium has always functioned as a sort of awkward weak buffer zone between the west and east Franks (roughly the French and Germanic language groups). Its existence has facilitated most of the bloodiest wars of history. Most Belgians don’t even want Belgium to exist; half would prefer to join the Netherlands and the other half would like to join France. Nobody can recall any famous Belgians because any who become famous usually prefer to imply that they came from somewhere else.

As a sort of unloved ‘in-between place’ with no coherent identity of its own, Belgium suffers from a brief but appalling colonial history, chronic maladministration, and far too many unassimilated immigrants from other cultures. It has become a haven for crime and corruption and the dodgy arms trade, despite its viciously heavy handed policing at low levels. (Don’t go on holiday there unless you intend to behave very obediently and quietly.). Its national monument seems to consist of a boy urinating into a fountain. No wonder the Synarchists behind the EU decided to use Brussels as a facade for their activities, this rotten heart of Europe provides the anonymity from which they and their German paymasters can piss all over the rest of us.

Because they modelled it on that damn place!

Anyway, despite the trials of February in the northern hemisphere (Peak Suicide and Peak Misery Month, worsened by Lousy Weather, and for many, also by Valentine’s Day, plus we attempt a Saturn working on Arcanorium College.) I do have some uplift for you: -

Materiel on Napoleonic 'Chess', Assymetric Combat Polygons, The Astronomicon, and more, to follow.

I’ve had a fascination with games, particularly board games, since my earliest times and have played hundreds and designed dozens more of them. We all have mental models of our universes inside our heads. Sometimes the effort of actually laying the geography out and formally abstracting the rules and the uncertainties pays unexpected dividends.