So we appear to have a cowardly fudge of a ‘temporary fix’ for the Greek Euro-Crisis which pleases nobody and which will not address the underlying problem that a currency union between widely different economies cannot work, unless of course the Eurozone does as Francoise Hollande suggests and creates a Eurozone Government.

The spectacularly incompetent President of France perhaps merely provokes or teases with this suggestion, or perhaps he speaks out of exasperation or fear.

It becomes increasingly clear that a Eurozone Government would effectively mean The Fourth Reich with added Synarchy.

Hollande’s more robust French ancestors would have put him to the guillotine for treason as a quisling.

German loan sharks now effectively run the Greek economy and will do so until the Greeks rebel, default, and reclaim their economic sovereignty by reissuing their own currency.

Part of the motivation of the whole EU venture lay in trying to ameliorate or comfortably accommodate the rising industrial power of Germany within Europe. This has plainly failed now since the Germans realised that the Euro would prove more useful to them than Panzers.

In 1939 Germany invaded Czechoslovakia, mainly to gain control of the huge Skoda motor works. In 2000 they simply bought it without firing a shot.

I have an enduring memory of West Berlin prior to the fall of the wall. West Berlin had supposedly filled up with creative-alternative-bohemian types living lives subsidised by a government determined to keep the difficult to live in enclave fully populated. I had sat up till 4am in an all-night café having a punishing philosophical, metaphysical, and magical debate with my host. We set off for his flat and came to a pedestrian crossing on a totally deserted street with no sight or sound of a vehicle for half a mile in either direction. The pedestrian sign showed red; my creative-alternative-bohemian host stood to attention on the pavement. ‘Shall we go?’ I asked. Any sane Englishman would have simply crossed the completely empty street.  Nein, iz Verboten! He replied sharply.

I seriously do not want to live in a Europe that runs on such an authoritarian mind-set.

Below see the preliminary work on the Hound of Nodens. The Celtic God Nodens comes next on my list of Druidical study, contemplation, statuary, and visitation (he had a substantial temple in this area, just across the Severn River). Archaeologists discovered bronze deerhounds in his temple ruins, these may relate to the healing function usually attributed to him. He may also have attributions as a God of the sea, hunting, and dreaming. I currently plan to depict him standing with his hound and holding an Asclepius style serpent staff and perhaps with a silver hand for his connection to Welsh and Irish Myth.

Meanwhile the lifesize mannequin for Hercules has arrived along with fresh supplies of Jemsonite but I’ll probably wait for the re-glazing completion on the large greenhouse and build him in there.

The Hypersphere Cosmology thesis seems to have achieved self-consistency and has so far resisted falsification, see http://vixra.org/abs/1504.0167

Thus Necronomicon Mythos work of an Azathothian and Hasturian nature continues with a view to obtaining some clarification about the three dimensional time hypothesis. 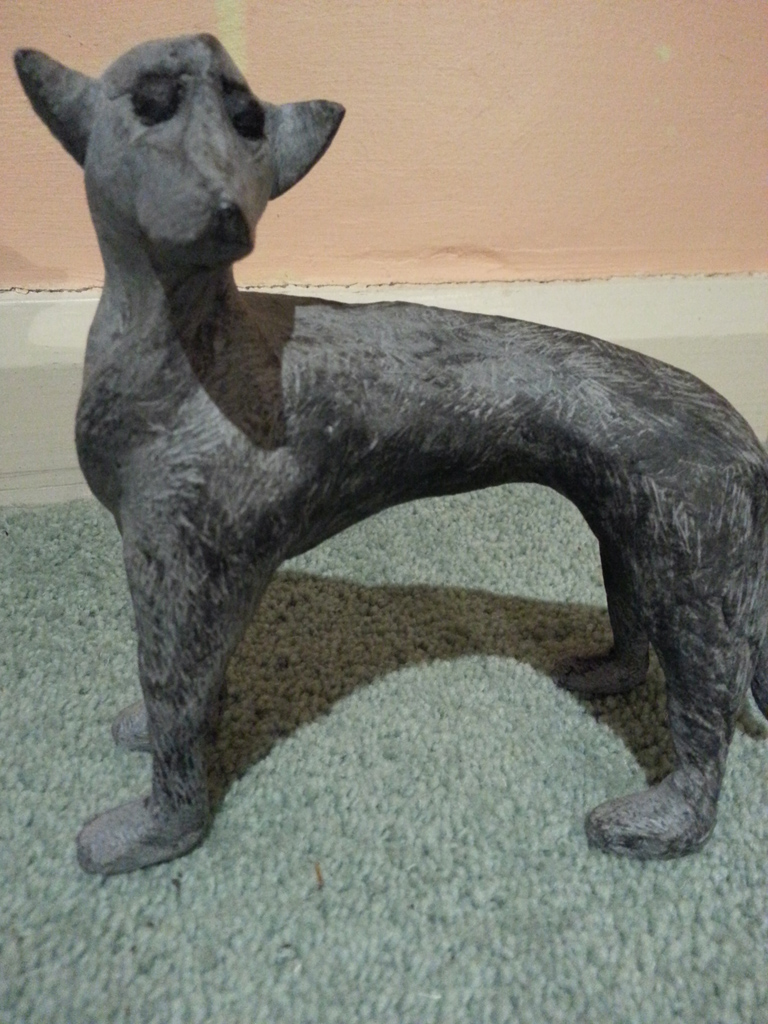