Along with a number of other survivors of the magical revival, I have for the last few decades wondered what became of Charlie Brewster, Frater Choronzon 333.

He cut an extraordinary figure amongst the London Illuminati of the seventies and eighties.

I met him after he got out of jail over a misunderstanding about a credit card. Whilst in jail he took a course in electrical wiring and somehow blagged his way into working as a wireman for Reuters. He moved into a squat near to mine in Deptford sometime after we met at Stoke Newington Sorcerers, (an experimental magic group based in Giles’s flat that included Gerald Suster). I distinctly remember he scrounged a door from a local derelict cinema for his squat which bore the legend ‘Projection Room’, nice.

Ah what we got up to in those days, whole spit roast goat party on the adjoining wasteground, pitched street battles with the gypsies and the national front, crazy metaphysical speleological expeditions to invoke Gwyn ap Nudd in the depths of welsh caves, some inadvisable experiments with deadly nightshade. All the usual follies of youth.

Then I set off for India and Australia for a couple of years, came back to Yorkshire for a couple more years, went to India for another year and finally wound up in Bristol and started my business.

In the meantime Charlie had a spectacular trajectory. From a Reuters wireman he blagged his way upwards till he apparently became one of their top technicians, by, he claimed, going to work in a very posh suit and carrying a combination lock pigskin briefcase (containing his soldering iron). He ended up buying a mansion, performance cars and motorcycles (his huge frame cutting a dash in what looked like a Dune stillsuit). At the height of the curve he funded extravagant OTO events, had a craftsman start building him a pearwood Enochian chess set, drank vintage Laphroaig single malt from pint mugs with his joints,  had a bizarre scheme going dealing futures on the Chicago stock exchange (inadvisably), and his own electronics company. Plus he acquired an enormous Tibetan Thunderbolt-Axe for magical purposes.

He created some interesting magical writings; see below.

Finally it all crashed bigtime, he went down owing some very impressive sums, and he retreated to obscurity in Wales and cut himself off from everyone he had known in London, including me. (Under pressure from his longsuffering wife I suspect). I had only a couple of brief notes from him thereafter mentioning some maths teaching and heart problems.

Then today I found this obituary today whilst googling for an image of him.

I count knowing Charlie Brewster as one of the great blasts of my early life. 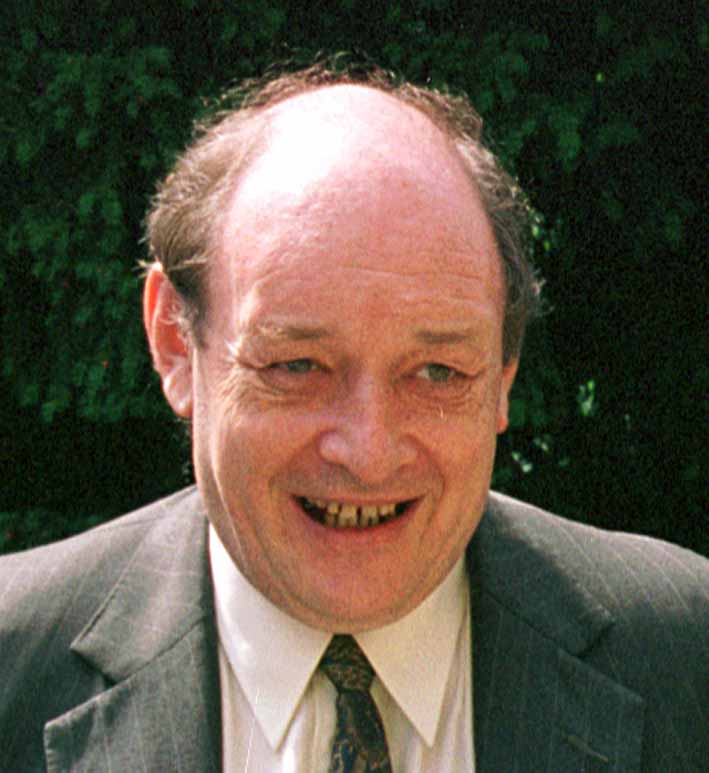 ...on 13th December 2013. Charlie was one of Ken's most important friends. They first met at Reuters in 1978, a firm that grossly underused their talents, which in Charlie's case, were very great indeed. Ken would say that Charlie could do the sort of Higher Maths in his head that would take Ken a week with a pencil. More than that, Charlie & Jane were tremendously helpful to Ken when he lost his 1st wife Jane in an accident. We attended his funeral in Wales on January 6th. Our best wishes to Jane & his children, Emily, Victoria & Demian, not forgetting step-children Bethan & Dominic plus spouses & grandchildren.