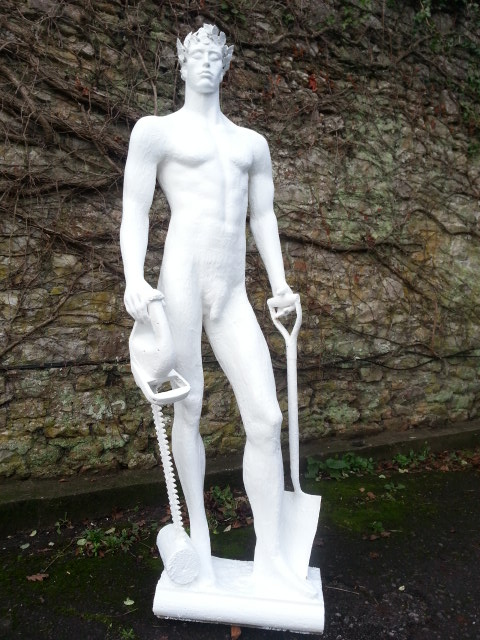 The year ends on several hopeful notes. The Paris Climate Conference has at least resulted in an agreement about the reality of anthropic climate change and the need to prevent it, so two cheers for that. However we should have had a result like this a decade or more ago and effective measures in place by now. Whether or not the recommended measures become implemented and whether or not they can save global civilisation remain open questions. This planet already has a human population level lying terrifyingly in excess of long term sustainability levels even at current rates of resource destruction.

If we wish to avoid a 21st century characterised by resource conflicts, environmental degradation, constant wars and extremist political and religious ideas, we had better fix our climate changing behaviour and our population and consumption levels, because at present the figures for the future simply don’t add up………….to anything except disaster.

The British people should will finally get a referendum on the EU, this coming year or the next, another cheer for that.

UKIP has fulfilled its function, it has forced the other parties to offer a referendum, and now, win or lose, UKIP seems to have little further use. It only ever had one worthwhile policy and everything else seemed like buffoonery. Yet I feel justified in having worked for them in their early years, for now we get to answer the question that most of the political class didn’t want to even ask us: -

Do we wish to remain part of the creeping synarchist totalitarianism of a corrupt, mega-bureaucratic and undemocratic EU that favours only the political class and big business; or do we prefer freedom and democracy?

Any nation that trades its political independence for economic gain will end up losing both, as so many of the smaller nations in the EU have already discovered.

The EU stands built on bluff, fear, lies, and deceit and faux-internationalism. We would lose nothing and regain much by leaving, and Brexit may well bring down the whole rotten edifice.

On a more festive note I have made two seasonal gifts for my fellow humans, firstly a lifesize statue of Hercules who will go on extended loan to some semi-public gardens around here to celebrate the several years of backbreaking toil we have put into renovating it.

My thanks to all those physicists, both orthodox and alternative, who have exchanged so many emails, criticisms, observations, and related ideas on this subject. The hypothesis now seems reasonably robust and anti-fragile, but please do try to break it if you can, or if not then try challenging your commanding professor with it.

Historical accident has led to the current dominance of the Lambda CDM Big Bang theory. Perhaps if we had discovered the CMBR before we discovered the Cosmological Redshift then Einstein might have stuck with his Riemannian Hypersphere model of the universe with a cosmological constant, and looked a bit further into the properties of the hypersphere to find that he could have stabilised it with a cosmological constant supplied by a 4-rotation (rather than a Gödelian 3-rotation), and that the positive curvature of the hypersphere would itself  create a cosmological redshift without any expansion at all. All other observations could then have become interpreted within such a framework to yield a theory such as this.

It may not turn out as the final answer in cosmology but it certainly seems less wrong than the current official model. If nobody manages to falsify it, I shall devote my remaining years of theoretical endeavour to modelling quantum fundamentals and particle physics in terms of three dimensional time, plus of course the related and more difficult matter of a general theory of magic.

At Grove last night many spoke of the Winter Solstice as marking the end of the year, and how much they looked forward to the return of the Sun (despite that so far we have had the mildest winter here for thousands of years). The great megalithic monuments such as Stonehenge, Maes Howe, and Newgrange all plainly align to the Midwinter Solstice, despite that Druid-revivalists tend to look to Stonehenge at the Summer Solstice, and that the megaliths originate from pre-druidical cultures anyway.

But what the heck, all cultures in temperate latitudes seem to evolve some excuse for an end/beginning of year party. The Christians, having no clue about the actual birthday of their saviour decided to slot it in on 25th December to try and supplant Pagan festivals at that season, Mithras’ birthday in particular fell on 25th December. However by this date the sunrise and sunset have started to perceptibly march north again bringing hope of summer and rebirth and all that sort of thing.

Personally I like to consider Winter Solstice as the end of the year, a time to look back on events and then to look forward to Xmas as a celebration of Family and Friends and Commerce, (oops that should have read ‘The Bounty of the Earth’), and then again to celebrate New Year……..sort of Look Back, Look Now, Look Forward.

All the best for the festive season. Pete Carroll.

Addendum 29/12/15. Contrary to widespread rumour, the destruction of Boleskine House (The dread Kaaba of Crowleyanity) and my seasonal visit to Inverness remain not even coincidental. I did indeed visit my eldest in the surrounding highlands over the xmas period, however I arrived there on xmas eve, as my airline booking clearly demonstrates, to find the place already burnt down a day in advance of my visit.